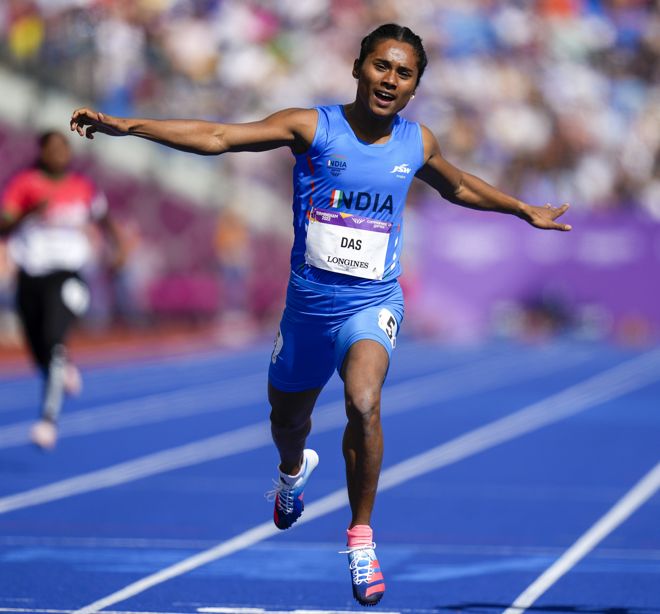 Star Indian sprinter Hima Das qualified for the women’s 200 metres semifinals after winning her heat with a timing of 23.42 seconds today. The 22-year-old Das led the five-woman field from the start, with Rhoda Njobvu of Zambia clocking 23.85s to finish second as Jacent Nyamahunge of Uganda finished third with a timing of 24.07s.

At least six athletes clocked better times as compared to Das’ en route their semis entries. In the women’s hammer throw, India’s Manju Bala advanced to the final, while Sarita Singh failed to make the cut. Bala finished 11th in the qualification round, with a best throw of 59.68m in her first attempt. Sarita finished 13th.