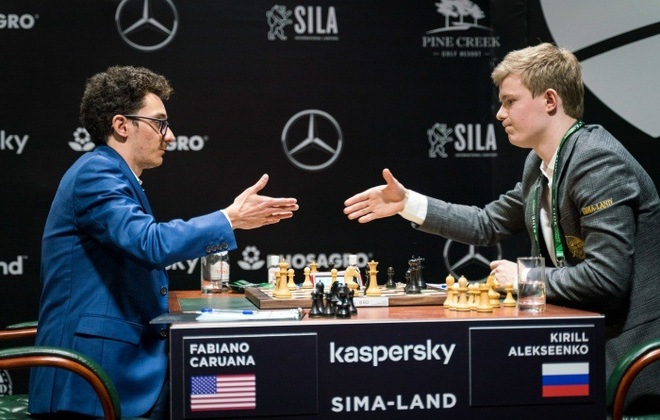 USA’s Fabiano Caruana and Russia’s Kirill Alekseenko go in for a handshake after their second round game of the 2020 Candidates chess tournament in Yekaterinburg, Russia. World No. 2 Caruana beat the Russian in a tense, tactical battle in which the American played with great precision. Four players are in the lead after the second day. Caruana, Ian Nepomniachtchi, Maxime Vachier-Lagrave and Wang Hao are all on 1.5 points, followed by Alexander Grischuk with one point, and Alekseenko and Giri with half-a-point. In the last place, alone, is one of the favourites to win the tournament, Ding Liren, who lost again. fide.com