FIFA bans India for third party influence; Women's U17 World Cup not to be held in India : The Tribune India

In the wake of latest development, Centre sought urgent hearing in the Supreme Court on the AIFF matter 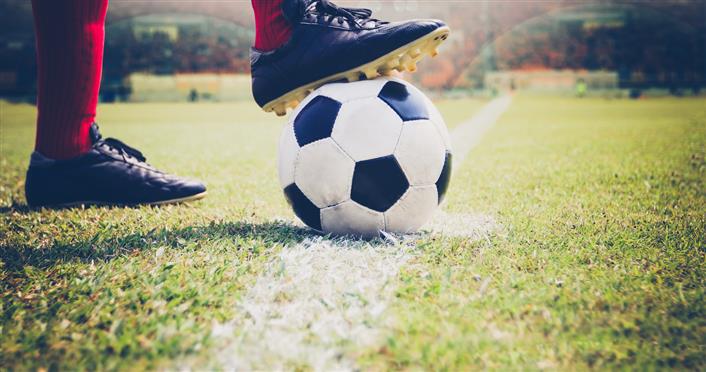 In a massive setback for the country, world football governing body FIFA on Tuesday suspended India for “undue influence from third parties” and said the U-17 Women’s World Cup “cannot currently be held in India as planned.” The country is scheduled to host the FIFA tournament from October 11-30.

This is the first time the All India Football Federation (AIFF) has been banned by FIFA in its 85-year history, with the apex body saying there have been “flagrant violations of the FIFA Statutes”.

“The Bureau of the FIFA Council has unanimously decided to suspend the All India Football Federation (AIFF) with immediate effect due to undue influence from third parties, which constitutes a serious violation of the FIFA Statutes,” the FIFA said in a statement.

The Bureau of the FIFA Council said the lifting of the suspension will be subject to repealing of the Committee of Administrators’ (CoA) mandate in full. In a statement, FIFA also said it wants the AIFF administration to “be fully in charge of the AIFF’s daily affairs”.

“The suspension will be lifted once an order to set up a committee of administrators to assume the powers of the AIFF Executive Committee has been repealed and the AIFF administration regains full control of the AIFF’s daily affairs.” “The suspension means that the FIFA U-17 Women’s World Cup 2022, scheduled to take place in India on 11-30 October 2022, cannot currently be held in India as planned. FIFA is assessing the next steps with regard to the tournament and will refer the matter to the Bureau of the Council if and when necessary.” In the wake of the latest development, the Centre sought an urgent hearing in the Supreme Court on the AIFF matter.

A bench of Justices DY Chandrachud and A S Bopanna was told by Solicitor General Tushar Mehta, appearing for the Centre, that “important development” has taken place and FIFA has sent a letter suspending India which is in public domain and needs to be brought on record.

This was after a four-member FIFA delegation held a meeting with senior sports ministry officials and the CoA on Friday and Monday, respectively.

“Till last evening it seemed consensus has been reached between all the parties but last night FIFA just informed us that they will have to ban AIFF as per its internal committee decision,” an official in the sports ministry said.

“FIFA is against CoA’s interference but it is open to dialogue and wants the AIFF executive board to be in place at the earliest, and if that happens, they will lift the ban.

“The government is committed to solving the matter as soon as possible as it wants the U-17 Women’s Junior World Cup to be hosted by India,” he added.

A ban on India has been on the cards since the Supreme Court removed Praful Patel as AIFF president on May 18 for not holding elections, due in December 2020.

The court had appointed a three-member Committee of Administrators (CoA), headed by former apex court judge AR Dave, to manage the affairs of the national federation.

The CoA, which has former Chief Commissioner of India SY Quraishi and ex India captain Bhaskar Ganguly as other members, also had to frame its constitution in line with the National Sports Code and model guidelines.

The Bureau of the FIFA Council decided that upon lifting of the suspension, the AIFF constitution will have to be revised in accordance with the requirements of the FIFA and the AFC and to be approved by the AIFF general assembly without interference from any third party.

The FIFA, “concurrently”, wants an “independent electoral committee to be elected by the AIFF general assembly to run the elections of a new executive committee”.

It also said the AIFF must “carry out the upcoming electoral process as per the statutory requirements and to hold its elections based on the pre-existing membership of the AIFF (i.e state associations only).

As per the FIFA move and with the AIFF losing all membership rights until further notice, the Indian clubs and representatives (players, referees, officials) are no longer entitled to take part in international suspension until the suspension is lifted.

“This also means neither the AIFF nor any of its members or officials may benefit from any development programmes, courses or training from FIFA and/or the AFC,” the world body said in its detailed statement.

The FIFA has never allowed third party interference in the affairs of its member units whether by the court or the government. It has set up normalisation committees in various countries in cases similar to India.

FIFA, though, has kept a window open for India, saying it is in touch with the sports ministry on the issue.

“FIFA is in constant constructive contact with the Ministry of Youth Affairs and Sports in India and is hopeful that a positive outcome to the case may still be achieved,” it said.

Following the ban, the fate of the AIFF elections, to be held on August 28 on the orders of the Supreme is not yet known.

The poll process began on August 13 as the top court approved the time-line prepared by the Committee of Administrators (CoA).

The CoA has already appointed a returning officers and has published the electoral college for the elections, including 36 eminent players in the list. The filing of nominations is to start from Wednesday till Friday.

India’s football fraternity is hoping that a last-minute solution will salvage the FIFA under-17 women’s world cup when the Supreme Court hears the matter on Wednesday.

The sports ministry had filed an application in the Supreme Court, seeking a modification to its August 5 order that allowed 36 eminent players to vote in the AIFF elections on the grounds that the world body was not in favour of ‘individual membership’ in the AIFF.

According to sources, FIFA re-iterated its stand to the sports ministry on Monday and issued the statement to ban India after that (around 10pm Swiss local time; wee hours on Tuesday in India).

The Supreme Court on August 3 directed the executive committee of the All India Football Federation (AIFF) to expeditiously hold elections as per the schedule proposed by the CoA.