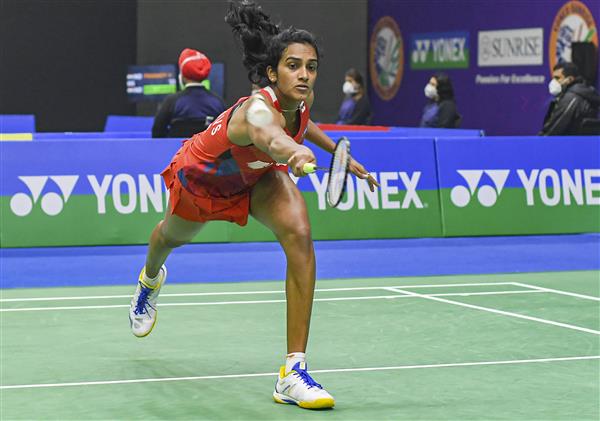 Sindhu will next face Thailand’s sixth seed Supanida Katethong, whose opponent in the quarters, third seed Yeo Jia Min of Singapore, pulled out of the tournament due to “high fever”. In the other semifinal, Aakarshi Kashyap will face second seed Busanan Ongbamrungphan of Thailand after the Indian notched up a 21-12 21-15 win over compatriot Malvika Bansod.

In men’s doubles, second seeds Satwiksairaj Rankireddy and Chirag Shetty entered the semifinals with a 21-18 21-18 win over Singapore’s Hee Yong Kai Terry and Loh Kean Hean. Haritha Manazhiyil Harinarayan and Ashna Roy made it to the last-four in women’s doubles after beating Rudrani Jaiswal and Jamaludeen Anees Kowsar 21-16 21-16. —