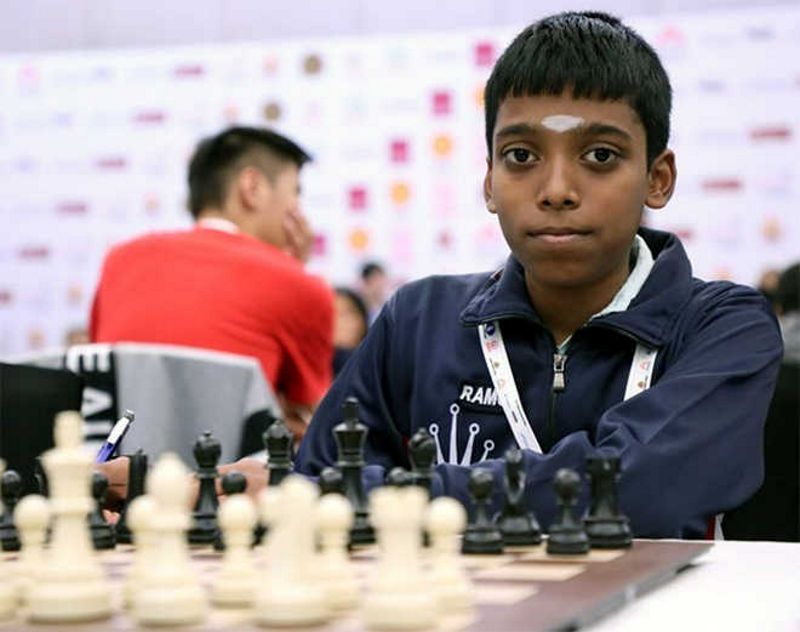 Young Indian Grandmaster R Pragganandhaa on Tuesday won the prestigious Reykjavik Open chess tournament here with 7.5 points from nine rounds. The 16-year-old defeated compatriot GM D Gukesh in the final round to emerge sole winner. Praggnanandhaa turned things around in the all-Indian battle after his opponent blundered when he appeared to be losing.

Saina decides to skip trials for CWG and Asian Games

Saina Nehwal’s chances of defending her title at the Commonwealth Games looks bleak as she has decided to skip the selection trials for the upcoming multi-sport events. “Saina has written to BAI, informing her decision to not play in the trials which will be the only tournament to pick players for CWG, Asiad and Thomas and Uber Cup,” a BAI source said.

Former FIFA officials Sepp Blatter and Michel Platini will go on trial charged with fraud and other offenses in June, Switzerland’s federal criminal court said today. The court set the trial to be heard before a panel of three judges on 11 days during June 8 to 22.

Alexander Bublik cut short Stan Wawrinka’s return to the tour, defeating the Swiss 3-6 7-5 6-2 in the first round of the Monte Carlo Masters in his first singles in 13 months. Meanwhile, World No. 1 Novak Djokovic crashed to a three-set defeat in only his fourth match of the season, falling 6-3 6-7(5) 6-1 to unseeded Alejandro Davidovich Fokina. “This win is so special to me because I grew up watching Nole (Djokovic) and I’m a big fan of his,” Davidovich Fokina said in his post-match interview. — Agencies

Atletico Madrid won’t deviate from their usual style despite heavy criticism when they host Manchester City in the second leg of their Champions League quarterfinal this week, coach Diego Simeone said today. After losing last week’s first leg 1-0 with an overly defensive gameplan that yielded no attempts on goal, Atletico received plenty of criticism, including from former coach Arrigo Sacchi, who called it “prehistoric soccer, from the ‘60s.” “Loose lips sink ships,” Simeone told a news conference when asked about Sacchi’s comments.”I’ve been coaching since 2005-06 and I prefer to always respect my colleagues. But that is always former players or coaches that decide to run their mouths to get people’s attention. I just ignore them.” Simeone said that his team have an identity and will stick with it, despite having to win Wednesday’s game to qualify for the semifinals. Reuters