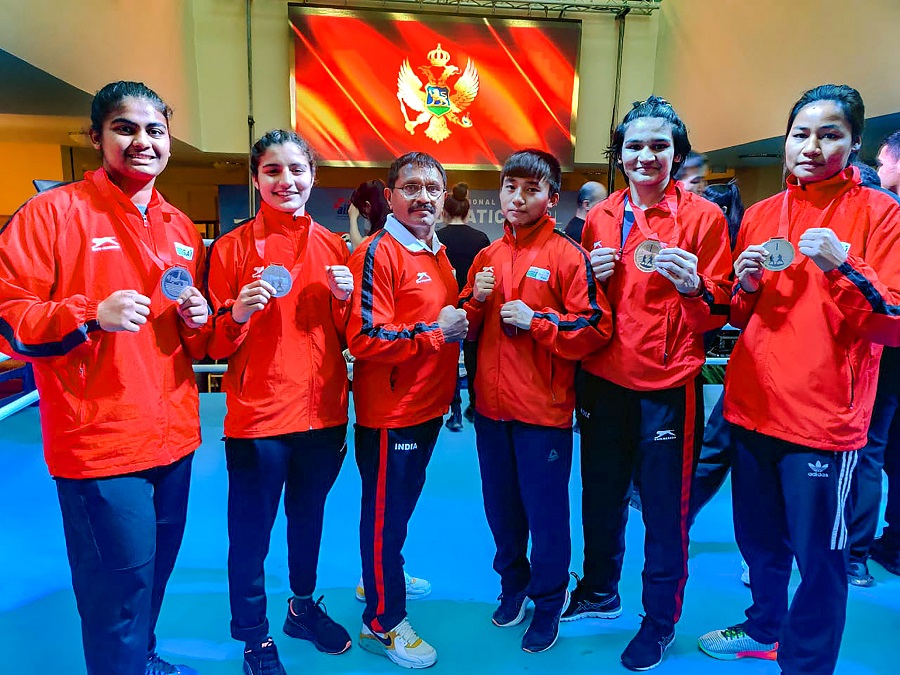 Indian boxers pose for a photograph on the last day of the 30th Adriatic Pearl Youth Men and Women Boxing Championship in Budva, Montenegro. PTI

Chanu, who trains at MC Mary Kom's Imphal-based academy, got the better of Asian junior champion Sabina Bobokulova of Uzbekistan in a close fight which ended 3-2 in favour of the Indian.

However, Lucky suffered a 5-0 defeat at the hands of Finnish boxer Lia Pukkila in final and had to be satisfied with a silver medal.

Alfiya Pathan (+81kg), Vinka (60kg) and T Sanamacha Chanu (75kg) are the other Indian women boxers who secured gold medals in their respective categories earlier in the tournament.

For her magnificent show, Vinka received the Best Woman Boxer of the Tournament award.

With two medals in the men's category, the 19-member Indian team concluded its campaign with an overall second position (12 medals).