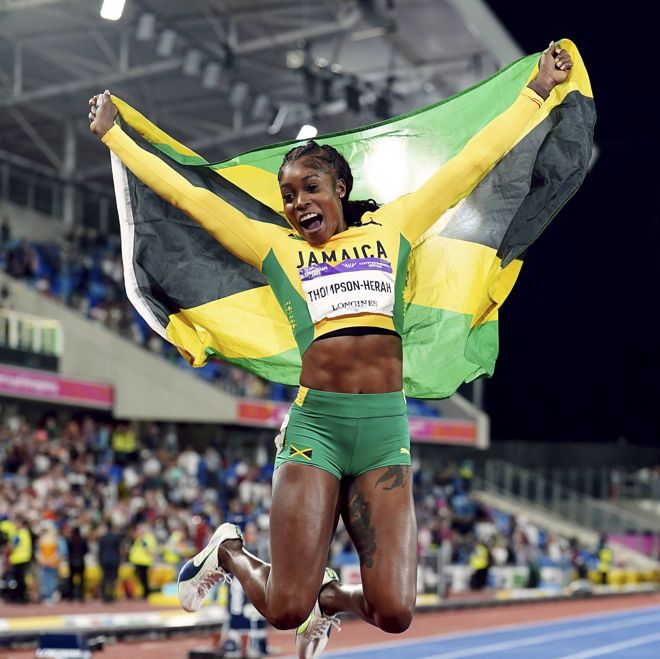 Elaine Thompson-Herah, the only one of Jamaica’s ‘Big Three’ women to show up at the Commonwealth Games, was rewarded with the 100 metres gold medal on Wednesday, while Kenya’s Ferdinand Omanyala powered to the men’s title.

Thompson-Herah, twice the 100 and 200m sprint champion at the Olympics, finished third at last month’s World Championships 100m final behind Shericka Jackson and Shelly-Ann Fraser-Pryce. She was originally only a reserve for the Commonwealths but when Fraser-Pryce opted out, she stepped in. With Dina-Asher Smith – fourth at the World Championships in Eugene – also absent through injury, Thompson-Herah was the clear favourite for her first individual Commonwealth title.

She had looked a little tired in the semifinals but grabbed the early lead in the final and ran her usual smooth race to finish a comfortable winner in 10.95 seconds. Omanyala, who set an African record of 9.77s last year, came flying out of the blocks, looking more like a barrelling rugby prop than a sprinter to win in 10.02s. — Reuters