Indian boys would hope to add to euphoria after Tokyo high; reigning champs take on France in opener 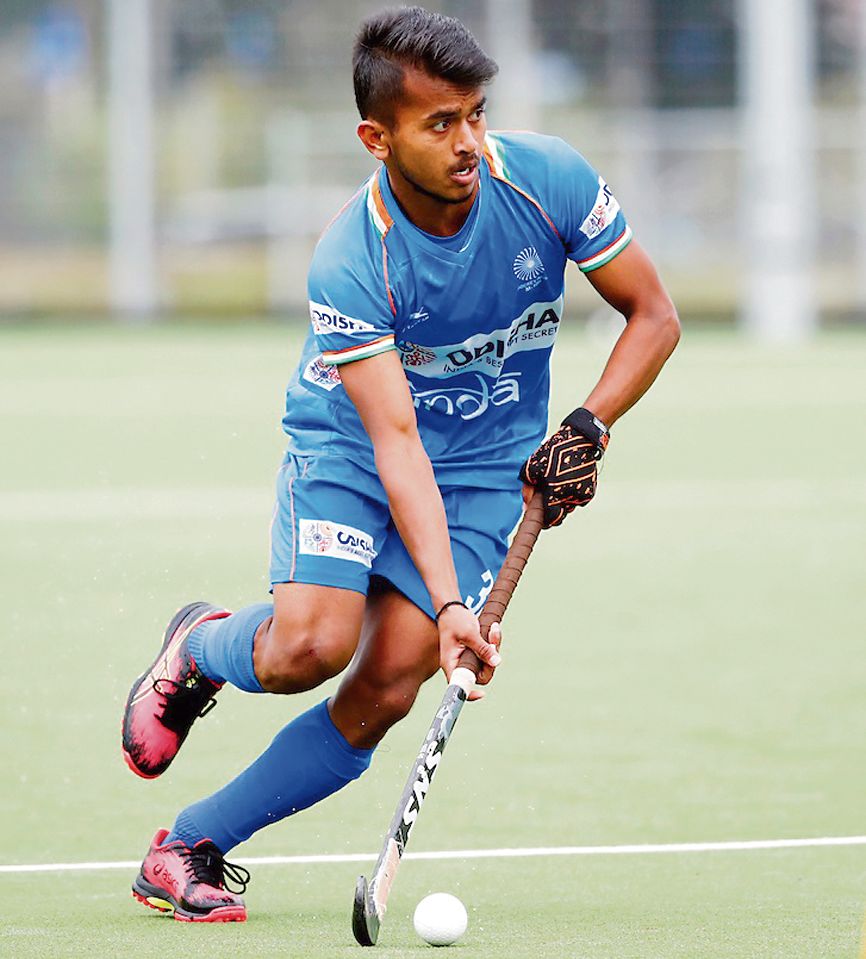 Vivek Sagar Prasad will be leading the side. - File photo

After facing months of scepticism from the world, India is ready to lift the shroud of uncertainty by hosting its first major international tournament in over nine months.

Ever since Covid-19 wreaked havoc in the country earlier in the year, all the international tournaments to be hosted by India were either cancelled, postponed or shifted to other countries — the most high-profile being the T20 World Cup shifted to the UAE and Oman.

In these unpredictable times, it had to be the sport with the richest history in the nation to provide a sense of certainty. With the Junior Men’s Hockey World Cup beginning tomorrow in Bhubaneswar, it will be the third time in a row that India will host the event. It will also be the ninth major hockey tournament, including two senior men’s World Cups, hosted by India since 2010. The venue, Kalinga Stadium, has also been a constant in Indian hockey — the Temple City will be hosting its fourth major hockey tournament.

Having given India its most Olympics medals, hockey has a deeply emotional connection with the sports fans. Indian hockey is also going through its greatest high in recent times, with the men’s team adding a 12th Olympics medal to its kitty this year. On top of that, the Indian junior team is the defending world champion.

Expectations are high, and the stage is set for the junior team to defend its title and lift the nation’s spirit further, adding to the recent Olympics glory, after the difficult times the Indian people have faced in the year.

However, the uncertainty of the times only adds to the unpredictable nature of the tournament. It is the first time that the tournament is being held after a five-year gap. Until last year, it was not even clear which country was going to host the tournament. With the age-limit of the players a factor, the delay and lack of clarity would certainly have affected the long-term planning for the tournament.

The cancellations of tournaments due to Covid-19 also disrupted the preparations. Only the continental qualifying tournaments in Europe and Pan-America were held, while the rest, including the Asia Cup, were cancelled. India have not had any international game-time in over two years. India’s only preparation for the tournament was training camps and the practice matches against the senior team.

Senior men’s team coach Graham Reid, who is in charge of the junior side for the World Cup, said though the team did not have overseas competition, the “practice games against the senior team were quite valuable”.

Two-time winners India will start as one of the favourites in the tournament, which has been dominated by six-time champions Germany. India is the only other team to have won the event more than once. The last two editions witnessed surprise first-time finalists — France in 2013 and Belgium in 2016. This time, the pull-outs by England, New Zealand and former champions Australia due to Covid-19 have added to the excitement. Belgium have become a superpower in senior hockey and expectations will be high from their junior side. The return of former champions Pakistan, who missed the previous edition, has spiced things up further.

India are placed in Group B, along with Canada, France, and Poland. They will open their campaign against France tomorrow. India cannot afford to take their opposition lightly as France have been rising steadily, as part of their preparations for the 2024 Paris Olympics.

As hosts and defending champions, India will also be under great pressure. Emulating the team of 2016 will be difficult. Harjeet Singh had then led a team with a lot more international exposure. The side also had great understanding, mainly due the fact that many of the players had been teammates since their academy days in Punjab.

However, the current team will be motivated by the Olympics bronze-winning feat of the senior men’s side; and, playing at home in these uncertain times, anything is possible.