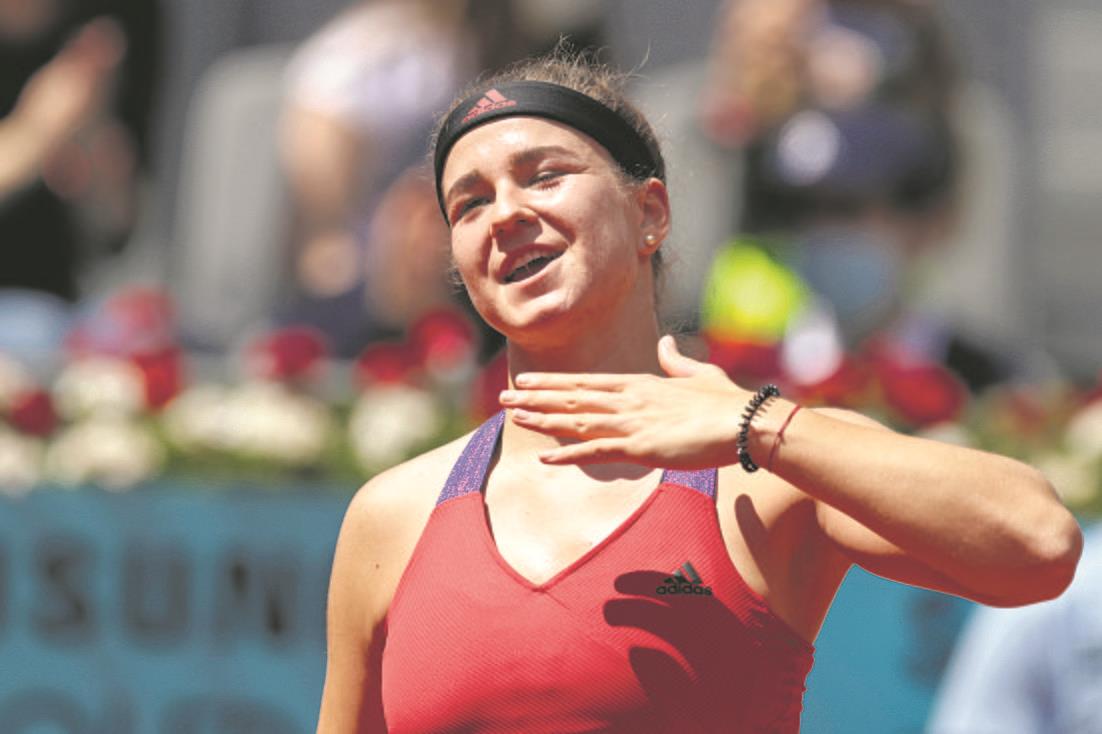 Second-ranked Naomi Osaka is out of the Madrid Open as Karolina Muchova won 6-4 3-6 6-1 in the second round. It was Muchova’s third win against a top-10 opponent this year. The 20th-ranked Czech was a semifinalist at the Australian Open, which was won by Osaka in February. Osaka was coming off a quarterfinal loss to Maria Sakkari in Miami.

Munich: Nikoloz Basilashvili clinched his second title of the year with a 6-4 7-6(5) victory over Jan-Lennard Struff in the final of the Munich Open. — AP