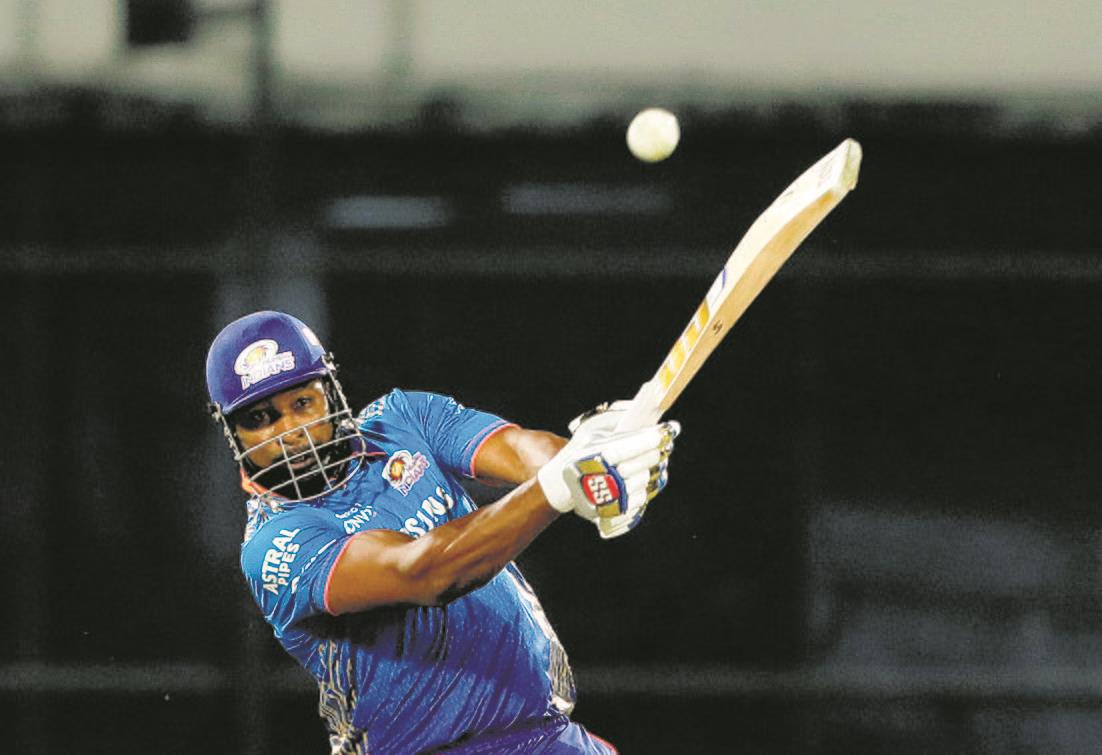 Kieron Pollard of Mumbai Indians plays a shot during match 27 of the Indian Premier League in New Delhi. PTI

Kieron Pollard smashed a breathtaking 87 off only 34 balls to power Mumbai Indians to a four-wicket win over Chennai Super Kings in the 27th match of IPL-14 here tonight. Set a target of 219, MI got there on the last ball of the final over, Pollard getting the 16 runs the team needed with 0, 4, 4, 0, 6, 2 off the last over from pace bowler Lungi Ngidi. Pollard hit eight sixers and six fours in his match-winning innings.

Krunal got the show going when he sent a delivery from Shardul Thakur straight into the sightscreen on the first ball of the 12th over. Pollard then took over, smashing Ravindra Jadeja for three sixers and Ngidi for another two in the next two overs. Pollard got 23 runs for MI in Thakur's next over, blasting a six and three fours. MI now needed 66 off 30 balls, and the chase was on. Krunal fell to Sam Curran, trapped lbw, to be replaced by his brother Hardik. Pollard belted Thakur for a six and a four in the 18th over, and Hardik went after Curran, smashing two sixers off the first two balls of the 19th over. Curran got him, however, on the fourth ball.

Earlier, Ambati Rayudu smashed a 27-ball 72 as CSK added 82 runs in the last five overs to reach an imposing 218/4. Moeen Ali (58 off 36 balls) and Faf du Plessis (50 off 28) also made blistering half-centuries after CSK were asked to bat first. CSK lost opener Ruturaj Gaikwad (4) early but du Plessis and Moeen plundered runs at will during their 108-run second-wicket partnership. — TNS, Agencies