As captain, Kohli has 22 victories at home in 29 Tests, one better than his predecessor 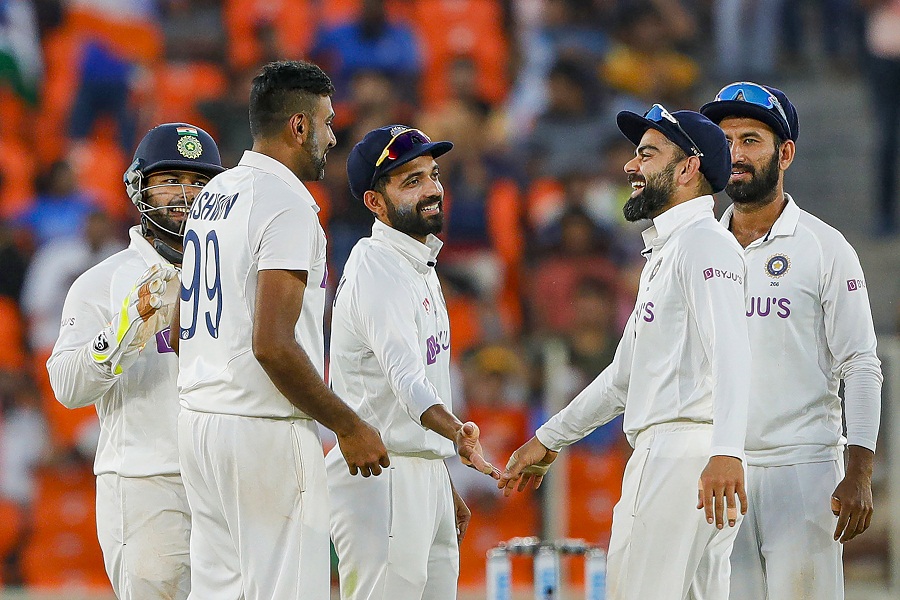 Ravichandran Ashwin celebrates the dismissal of Jack Leach with skipper Virat Kohli and other teammates on the second day of the 3rd Test between India and England on Thursday. PTI

Virat Kohli on Thursday surpassed Mahendra Singh Dhoni's record of winning maximum number of Test matches as captain on home soil after leading the side to a 10-wicket victory over England in the day-night third Test here.

Kohli now has 22 victories at home in 29 Tests as captain which is one better than Dhoni, who had 21 wins in 30 Tests. Kohli already is India's most successful Test captain with 35 wins.

India chased down a target of 49 runs in 7.4 overs to win the third Test against England by 10 wickets and go 2-1 up in the series.

Sourav Ganguly and Mohammed Azharuddin have 21 and 14 victories to their credit as captains. PTI