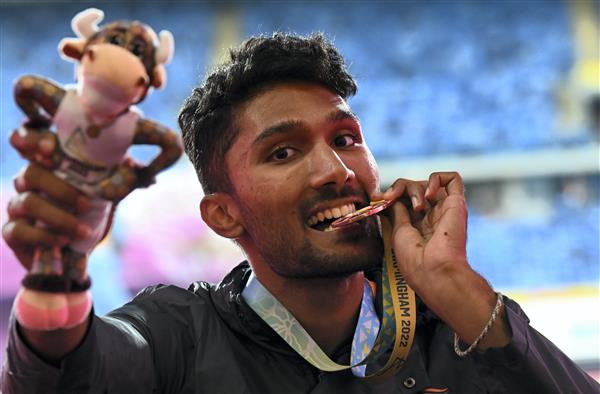 A last-minute addition to the athletics team, India high jumper Tejaswin Shankar made history with his bronze-winning feat at the Commonwealth Games on Wednesday.

He became the first Indian to win a men’s high jump medal at CWG. The national record-holder cleared 2.22 metres to finish third on countback. Donald Thomas of Bahamas and England’s Joel Clarke-Khan also cleared 2.22m but they needed multiple attempts to do it, while Shankar achieved that mark in his first attempt.

The 2.30m height has become a barrier for me. It is one of my goals going forward. But right now I want to go back home and cherish this medal with my family as it has been a rollercoaster one and a half months for us. —Tejaswin Shankar

The 23-year-old Shankar could not soar over 2.25m in two attempts. He then went for 2.28m in his third and final attempt, bidding to win a silver, but failed.

Before Shankar, the best an Indian had achieved in men’s high jump at CWG was 2.06m, cleared by Bhim Singh in the 1970 edition in Edinburgh. “I had a long (US) collegiate season and started jumping in January but getting a bronze here is like a dream come true,” an elated Shankar said.

Shankar had finished sixth in the 2018 Gold Coast CWG with a best jump of 2.24m.

Shankar, who was added to the athletics squad on the orders of the Delhi High Court, has a season’s best of 2.27m and a personal best of 2.29m. Hamish Kerr of New Zealand won gold, while Australia’s Brandon Starc clinched silver. — PTI 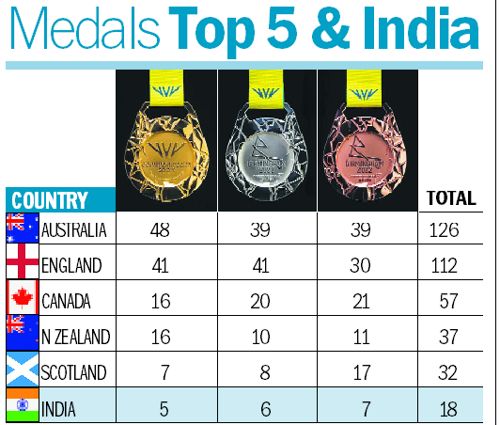