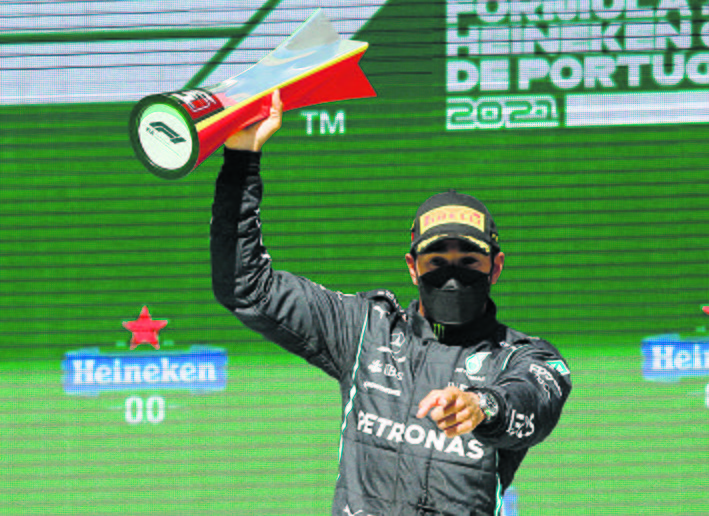 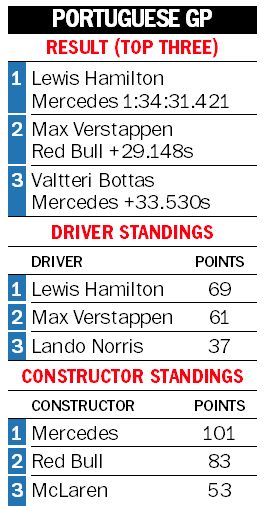 The victory was a record-extending 97th of Hamilton’s career, second of the year and repeated his win at the same circuit last season.

“That was such a tough race, physically and mentally, just keeping everything together. It was very windy out there so it was very easy to put a foot wrong,” said Hamilton, who started on the front row with Bottas.

“I just didn’t quite get as good a start as Valtteri and then lost out on the re-start, which was not good. I was not happy about that.”

The safety car was deployed on lap two after the Alfa Romeos of Kimi Raikkonen and Antonio Giovinazzi made contact, with debris left on the track and the field streaming through the pitlane. — Reuters