Life lessons, the Mahi Way: ‘Fortunate’ Ruturaj has his own Dhoni story 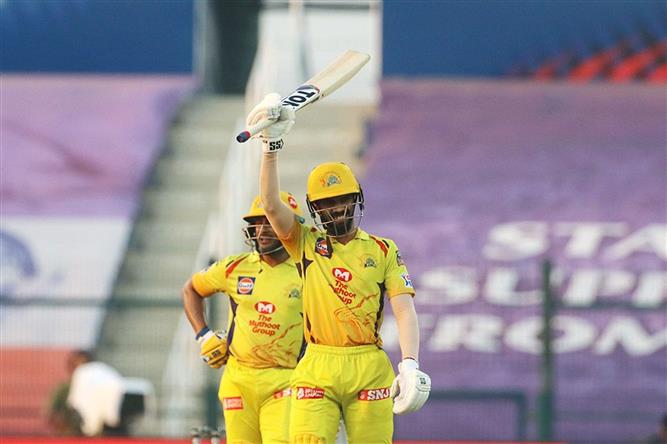 Everyone who have had the pleasure of Mahendra Singh Dhoni's company have their own little treasure trove of stories and the latest to join that ever growing list is Chennai Super Kings' emerging star Ruturaj Gaikwad.

Gaikwad was the only silver lining in an otherwise disastrous CSK campaign as he finished with three back-to-back half-centuries, albeit in inconsequential games.

Gaikwad recollected how he was moved by former India captain's warmth during their first meeting in 2016 during his First-Class debut.

"October 2016, I met him for the first time when I fractured my finger during my debut Ranji game. He was the mentor of Jharkhand, and he himself came and asked me about how I am," Gaikwad wrote on Instagram.

Cut to 2020, the 23-year-old had a string of low scores in his initial IPL matches but once again it was the skipper, who came up to him and gave him some advice which will stay with him for lifetime.

"October 2020..3 low scores, he himself came up and talked about life!! Fortunate to be able to share the dressing room with him. And more than a dream to share the 22 yards with him and Finishing things off," Gaikwad added. PTI