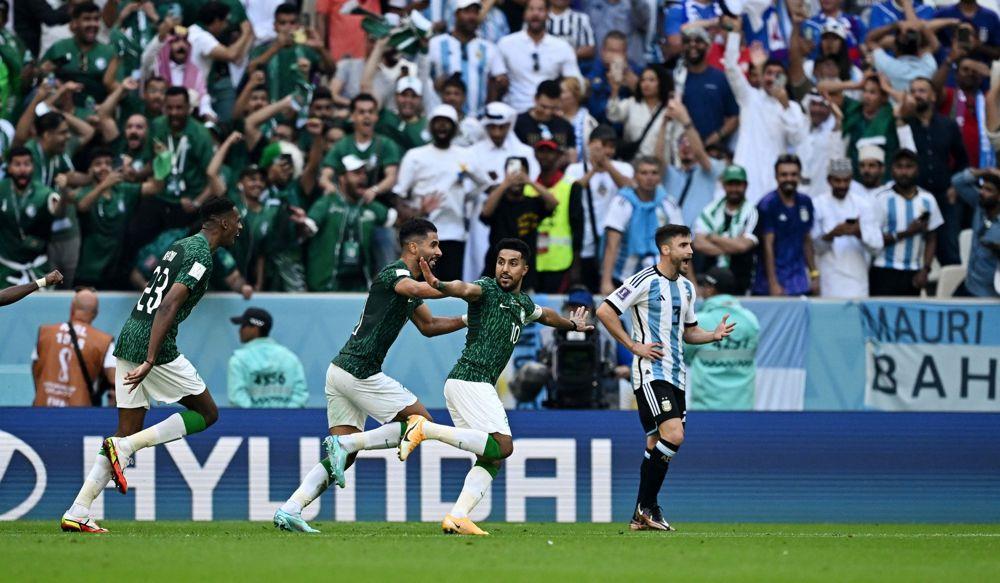 Saudi Arabia’s Salem Al-Dawsari, who scored the second goal in the 2-1 win over Argentina in the World Cup, has done his bit in further popularising the sport in the region. file

The presence of sports in Middle Eastern and Arab nations has been gradually increasing. Qatar, Saudi Arabia, Morocco… Just a few years ago, not many people would have associated these countries with top-class football or sports in general. But major events like the recent FIFA World Cup and Cristiano Ronaldo’s move to Al Nassr have put the spotlight on these countries.

Earlier this month, the Kingdom of Saudi Arabia hosted the annual Spanish Cup, Supercopa de Espana, for the third time in four years. The 2018 edition was hosted by Morocco. The irony of Middle Eastern countries hosting another country’s domestic tournament isn’t lost on anyone — and not just any country, it’s Spain, a major football powerhouse.

Brands like Qatar Airways, Etihad, Emirates and Turkish Airlines, among others, sponsor prominent clubs, tournaments and leagues around the world. Major European clubs like PSG and Manchester City are owned by state-funded sovereign wealth funds. The ever-growing engagement and investment have been dubbed by sceptics as ‘sportswashing’, a term used to describe the practice of improving one’s reputation through sport, be it an individual, a corporation or a government.

Many others think it is well-timed diversification outside of oil since the worldwide push for cleaner energy doesn’t bode well for these countries’ reliance on the liquid gold.

In the world of motorsport, many Grand Prix circuits in the Gulf have been regular stops on the Formula 1 calendar. The Abu Dhabi GP has been the season finale for nine consecutive years now and was host to Max Verstappen’s first World Championship victory, amid much controversy in the final lap, over Lewis Hamilton in 2021.

Despite the weather in Bahrain, Istanbul, Qatar and Saudi Arabia, the races attract major crowds and viewers across the world and can be called a success. India, in contrast, has not held a GP in almost a decade at the Buddh International Circuit in Noida.

Countries such as Qatar and Bahrain have an advantage over India in hosting such grand events due to the availability of funds and the desire to spend them on such endeavours.

There’s no lack of sponsorship. Take Saudi Aramco, one of the world’s biggest petroleum and natural gas companies, which has been among F1’s most prominent sponsors over the years. It is a public company and a big channel in the country’s push for more investment in sports.

It is the most popular sport among the expatriate communities in the Middle East, especially the UAE, which hosted the 2018 and 2022 Asia Cup tournaments, co-hosted the 2021 T20 World Cup and has been home to the IPL as well. Its popularity is primarily due to the presence of the Indian and Pakistani diaspora in the region. Even countries like Bahrain, Iran, Qatar and Saudi have been granted the Associate status by the ICC. Kuwait has been an Associate Member for almost two decades now. Oman co-hosted the 2021 T20 World Cup and holds the ODI-playing status.

The Middle East’s engagement with international cricket dates back to the 1980s — Sharjah hosted the Asia Cup in 1984 (and in 1995). It was in Sharjah that Sachin Tendulkar played one of his finest ODI innings, termed ‘Desert Storm’, against Australia in 1998.

The region has the potential to not just be a playground but to also nurture proper contenders in cricket, much like Morocco in football.

WWE calls itself ‘Sports Entertainment’, though professional wrestling is not given the status of proper sport. Despite not being as popular as it once was, it still has considerable viewership worldwide, especially in Asia, with better connectivity and telecast in the recent years.

This month the internet was abuzz with rumours that WWE had been sold to a Saudi-based firm. The rumours were credible because Saudi Arabia has put in a lot of efforts in hosting multiple WWE shows since 2014. There have been 11 shows so far, including three house shows and eight pay-per-views/televised events.

The events have helped the country in its push to be more liberal and progressive. Female superstars still have to cover themselves almost completely, but last year for the first time, two of them — Becky Lynch and Lita — featured on a billboard in Riyadh. This was seen as a major milestone for women’s rights and representation in sports.

There have been WWE events in India in the past decade as well, but the scenario is similar to Formula 1. Let alone being sponsored by the state, entertainment tax was levied on these events, and it became an unattractive proposition to host them.

There has been a push to promote sports such as golf, basketball, badminton and athletics as well in the Gulf. The 2030 Asian Games will be hosted by Qatar, the 2034 edition by Saudi Arabia. Middle East is set to host bigger and bigger events. The region is on its way to becoming a major sporting hub in the near future.