Messi also had five assists in the tournament 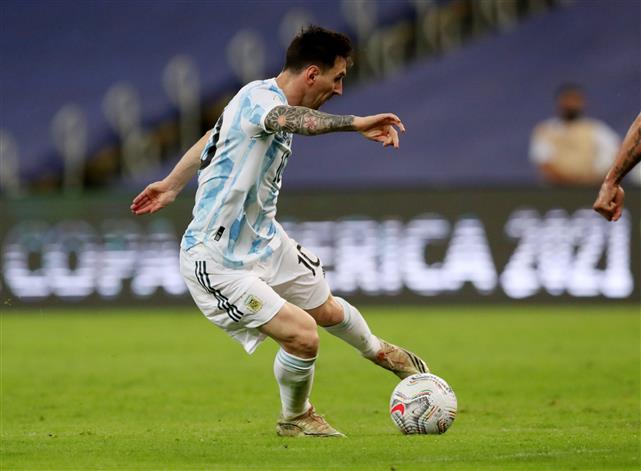 Argentina’s Lionel Messi and Colombia’s Luis Díaz finished Copa America as the top scorers in the tournament with four goals each.

Messi did not score in Saturday’s 1-0 win against Brazil in the final, while the young striker Diaz led his team with two goals in the 3-2 win against Peru on Friday for the third place in the South American tournament.

Messi scored his first goal in the tournament from a free kick in the 1-1 draw against Chile, Argentina’s first group stage match.

The 34-year-old striker scored twice in the 4-1 win against Bolivia, one from the spot and another in a gentle lob past goalkeeper Carlos Lampe. He netted his fourth in another free kick in the 3-0 victory against Ecuador in the quarterfinals.

Messi also had five assists in the tournament. The only Argentine goal at Copa America which did not involve him was the Angel di Maria’s in the final against Brazil.

The 24-year-old Díaz, once a player of an Indigenous team in Colombia, made a big splash with beautiful goals in the South American tournament.

Díaz’ first came from an impressive volley at the 2-1 defeat against Brazil during the group stage, a goal that many analysts consider to be the best of the tournament.

Later he scored with almost no angle against Argentinian goalkeeper Emiliano Martinez to equalize the semifinal at 1-1.

Then the striker scored twice in the third-place match against Peru. The first came after he controlled the ball with his chest and right foot before calmly beating goalkeeper Pedro Gallese. The second came from a blast from outside the box in a shot that gave a last-minute win to Colombia. AP