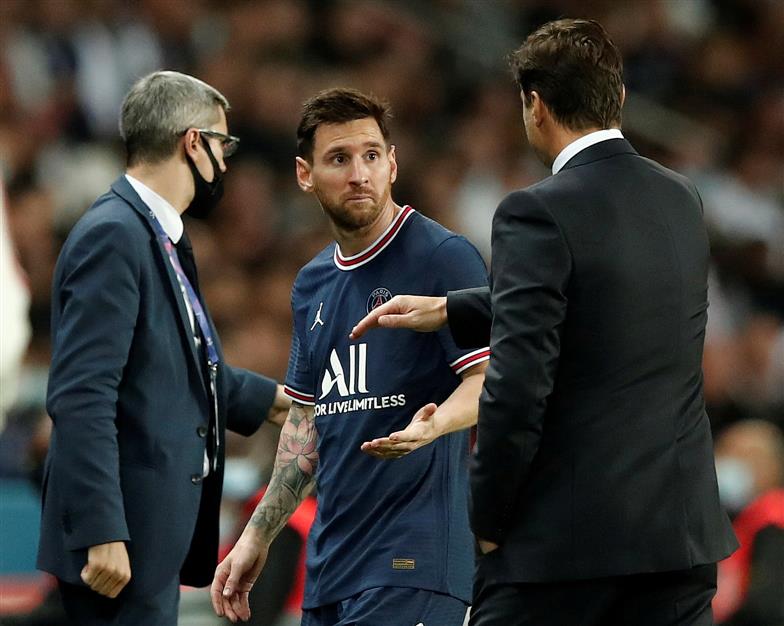 Lionel Messi is suffering from bone bruising, the Ligue 1 club said on Tuesday, making him a major doubt for Paris St Germain’s trip to Metz on Wednesday.

“Lionel Messi, following the knock received on his left knee, has undergone an MRI this morning which confirms the signs of bone contusion, a new assessment will be made in 48 hours,” PSG said in a statement.

The Argentine forward, who joined the French club from Barcelona on a two-year contract during the close season, was replaced with 14 minutes left in PSG’s 2-1 home victory over Olympique Lyonnais on Sunday. —Reuters