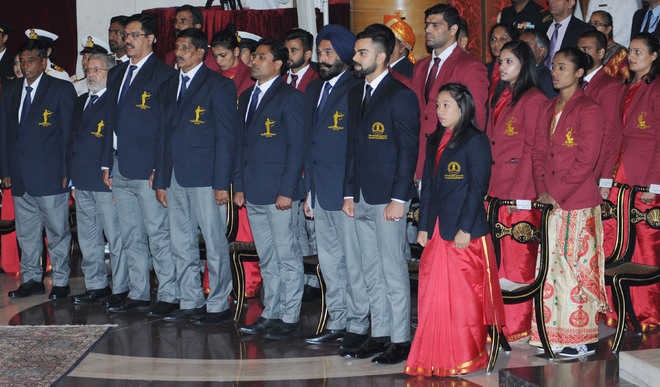 The Sports Ministry has extended the deadline for submitting applications for the national sports awards till June 22 and also allowed athletes to self-nominate in view of the "difficulties" being faced by them to find people who can recommend their names amid the COVID-19 lockdown.

Wednesday was to be the last day of completing the nomination process but the period has been extended along with the relaxation in the process because of the problems athletes are facing in "getting the recommendation of the prescribed authorities/persons due to country-wide lockdown on account of COVID-19 pandemic”.

"...it has been decided to do away with the condition of submitting only with the recommendations of the authorities/persons prescribed in the awards scheme," stated a Sports Ministry circular.

"...the part of the application form requiring the recommendation of the prescribed authorities/persons may be left blank," it added.

The Ministry has invited only e-mail applications this year due to the pandemic.

As per prescribed norms, the nominations for national awards can only be made along with recommendation of the national federation, sports board, and former awardees.

Sports Minister Kiren Rijiju, in a statement on Wednesday, said the move was aimed at easing the nomination process for athletes.

"The country is faced with an unusual situation and the need of the hour is to tweak the nomination rules of the National Sports Awards to ensure that athletes are not disadvantaged in any way," read the statement.

"The nationwide lockdown has made it very difficult for most of them to reach out and seek recommendations for nomination from competent authorities/persons," the statement added.

The relaxation offers a window of opportunities for those athletes who have neither been shortlisted by their national sports federations nor got the backing of previous awardees.

The awards, including the Rajiv Gandhi Khel Ratna, are given away every year on August 29, the birth anniversary of hockey wizard Dhyan Chand, which is also celebrated as National Sports Day. PTI