Neymar expected to train again with Brazil : The Tribune India 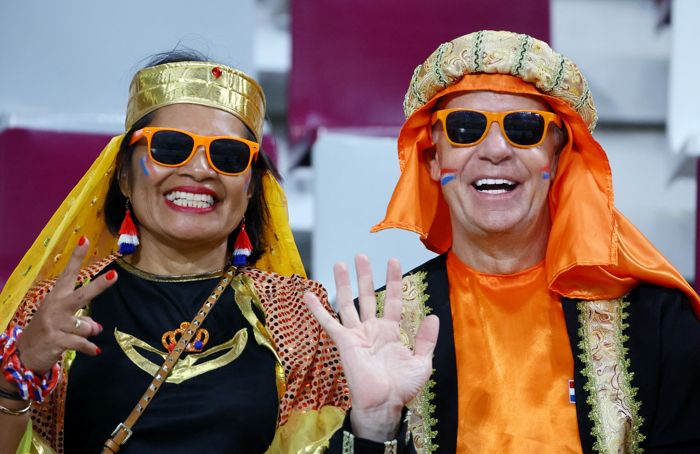 Netherlands’ fans before the match. Reuters

Neymar is expected to train with Brazil again tomorrow while left back Alex Telles and forward Gabriel Jesus have been ruled out for the remainder of the World Cup after getting injured in the match against Cameroon.

For a nation that has frequently flattered to deceive at football’s major tournaments, a card game that relies on the art of deception is strengthening the bond among England’s players ahead of their match against Senegal in the Round of 16. Werewolf, a game of roleplay and deduction, has become a popular pastime for the squad between games. “It’s about being the best liar,” said midfielder Declan Rice. “The villagers have got to snuff out the wolves and the wolves have got to lie and tell everyone why they are not a wolf. There is a lot of teamwork, ganging up.”

All continents in knockouts shows growth

The Qatar World Cup will set a record as teams from all continents have advanced to the Round of 16 for the first time ever, FIFA said on today. The tournament, which concluded its group stage on Friday saw a record for the Asian Football Confederation, with three teams (Australia, Japan and South Korea) reaching the knockout stages. Two African teams, Senegal and Morocco, are also represented in the knockout stages for the second time. In the 2014 Brazil World Cup Algeria and Nigeria reached the Round of 16. “The outcome of the group stage shows the extent to which more countries have acquired the tools to compete at the highest level,” FIFA’s Chief of Global Football Development, Arsene Wenger said. Agencies