No Arjuna for Sakshi, Chanu? 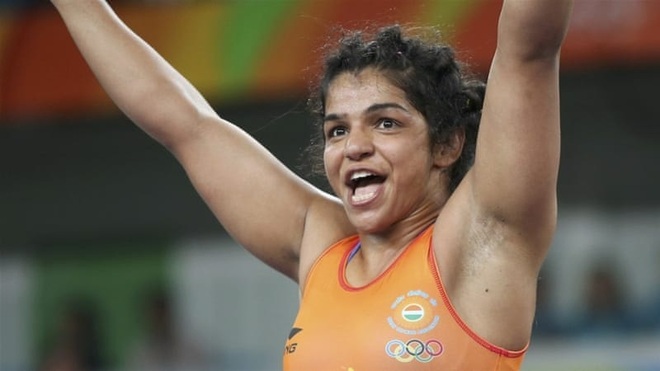 Past Khel Ratna award-winners Sakshi Malik and Mirabai Chanu may not get their hands on the Arjuna Award trophy and the benefits that come with it, after all.

The Justice (retd) Mukundakam Sharma-led committee had recommended 27 names for the Arjuna Award to the Sports Ministry on Tuesday. The list had two other names — Rio Olympics bronze medal winner Sakshi and 2017 world champion Mirabai — but the decision on the Arjuna for them was left to the discretion of Sports Minister Kiren Rijiju.

The committee felt their inclusion would have meant excluding two deserving applicants. However, it is learnt that the Sports Ministry has made a decision and it is highly likely that their names will be missing when the final list is released.

Both Sakshi and Mirabai had put in their applications saying their state governments don’t recognise the Khel Ratna when it comes to jobs and other perks that are given to Arjuna Award winners.

Both the ministry and the committee members have been criticised for the manner in which the awards were finalised. The 29 names in the Arjuna Award list included one athlete from kho-kho because the Sports Ministry insisted on one award to the indigenous sport. The committee sent four names for the prestigious Khel Ratna award, adding a fifth name (women’s hockey team captain Rani Rampal) but leaving it to the discretion of Rijiju.

The name of table tennis star Manika Batra for the Khel Ratna has raised doubts over the recommendations criteria. Batra was awarded the Arjuna Award in 2018 based on her exploits at that year’s Commonwealth and Asian Games. Strangely, the Khel Ratna recommendation has been made on the same performance, while her world ranking has slipped down to No. 63.

A few committee members raised objections over her name, but the majority view, led by Justice Sharma, ensured that Batra got the recommendation.

The large number of recommendations has been criticised by past winners, including two-time Olympics medallist Sushil Kumar and 2013 winner Ronjan Sodhi.

Sushil said: “I feel people should maintain the dignity of these awards and this is not an Olympic year!”

Former world No.1 double trap ace Sodhi too felt that some of the decisions were out of line. “The number of awards given this year is not right. I think they should change the award from Khel Ratna to Khel Ratnas! On a serious note, the Khel Ratna was always given to the best athlete of the year and especially in a non-Olympics year. I understand when three people win Olympics medals then one has to give them their due. But giving five this time in a non-Olympics year is bizarre,” Sodhi said. “Twenty-nine Arjuna Award recommendations is unheard of, even in a year with events like the Commonwealth and Asian Games. I don’t know what they (committee) were thinking. There was no sporting activity this year and still they gave out 29 awards! How many will they award next year?” he added.

President Ram Nath Kovind will not be handing over the awards personally to the winners as this year’s sports awards ceremony will be held virtually due to the Covid pandemic. The winners will be asked to come to Sports Authority of India’s regional centres, where they will be handed over their trophy and certificate. It will be televised live on Doordarshan. Interestingly, there will be two sets of certificates — one with the President and other with the award winner. Once the President shows the certificate, the athlete will show his/her copy on live TV.

Live telecast was restricted to the Chief Minister’s speech ...