No sign of slowdown as Osaka steamrolls Camila at US Open

Japanese won 6-1 6-2, faces Marta Kostyuk of Ukraine in the third round 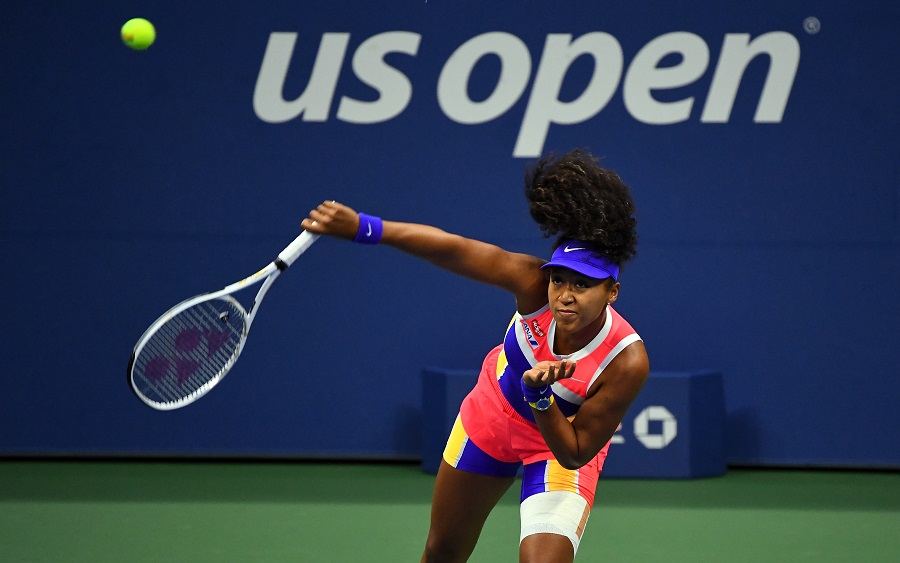 Naomi Osaka hits the ball against Camila Giorgi on Day 3 of the US Open at Flushing Meadows in New York. Reuters/USA TODAY Sports

Former champion Naomi Osaka made quick work of second-round opponent Camila Giorgi 6-1 6-2 at the US Open on Wednesday, in a lopsided matchup at the Arthur Ashe Stadium in which she showed no sign of slowing down.

A dominant Osaka came roaring out of the gate, winning the first five straight games in near-pristine form, committing just four unforced errors in the first set and winning 10 of her 12 first-serve points.

Osaka, who was forced to withdraw from her Western & Southern Open final last week with a left hamstring injury, walked onto the court with her left leg wrapped in medical tape but showed no signs of fatigue during the match, firing off four aces and forcing her opponent into 24 errors.

"My serve was pretty good," the 22-year-old said after the match. "I'm really happy with my attitude. I thought I was really positive throughout."

Osaka, who kept Italy's Giorgi on the run throughout the match, kept the pace up to complete the affair in just one hour and 10 minutes.

"I'm definitely seeing the importance in time management. I learned a lot from watching Serena yesterday because she was down almost 3-0 but I feel like she picked it up when she knew what she needed to do," Osaka said in a televised interview after the match.

Osaka, who won the 2019 Australian Open but has not made it past the fourth round of a major since, told reporters that she's taking the tournament "match by match".

"I stopped thinking about winning. I feel like I put too much pressure on myself," she said. "I'm only thinking about putting myself in a good position to win."

The fourth-seeded player, who represents Japan and has emerged as a torchbearer for change within her sport, wore a mask before and after her match honoring Elijah McClain, a 23-year-old Black man who died after a violent encounter with Aurora, Colorado, police officers in 2019.

She next faces Marta Kostyuk of Ukraine in the third round. Reuters