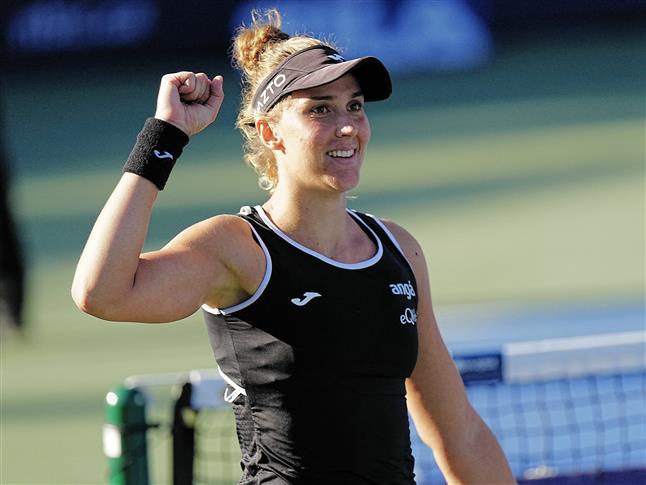 The fiery Wimbledon finalist has been playing the best tennis of his career and is showing no signs of slowing down in Montreal, where he won the first four games of the opening set in which de Minaur won scarcely more than half of his first-serve points.

The pair traded breaks to open the second set but 27-year-old Kyrgios would not be denied, breaking de Minaur on the third try in the third game and again in the seventh.

Kyrgios briefly appeared agitated when he gave up a break in the penultimate game but found his composure to get the job done in a little over an hour, breaking back to love in the final game.

The win will move Kyrgios high enough in the rankings to be seeded at the US Open later this month.

The 26-year-old Haddad Maia beat a top-ranked player for the first time to become the first Brazilian woman to advance to the quarterfinals of a WTA 1000 tournament. A back-to-back champion on the grass in Nottingham and Birmingham, she came to Toronto at a career-high 24th in the world. — Reuters