Says newspaper interview and photoshoot after Covid infection was ‘error’ 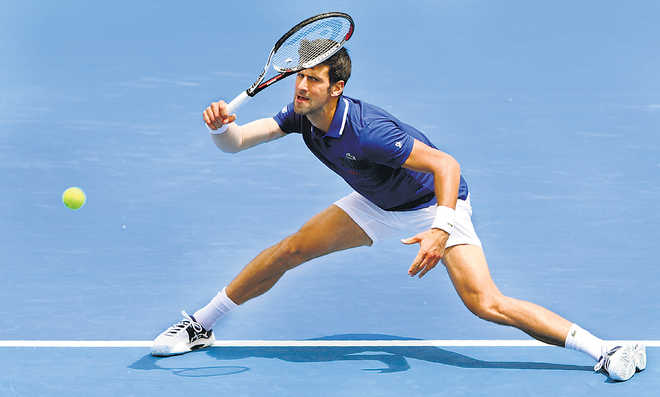 Novak Djokovic knew he'd tested positive for Covid-19 when he attended a newspaper interview and photoshoot in Serbia last month, saying today he made an “error of judgment” and should have gone into isolation. - File photo

Novak Djokovic knew he’d tested positive for Covid-19 when he attended a newspaper interview and photoshoot in Serbia last month, saying today he made an “error of judgment” and should have gone into isolation.

In a statement posted on his social media accounts, the tennis star also blamed “human error” by his support team for failing to declare that he had travelled in the two-week period before entering Australia.

Upon arrival, his visa was revoked and then later reinstated in an ongoing saga over whether he should be allowed into the country despite not being vaccinated. The back and forth has provoked outrage in Australia and overshadowed the lead-up to the Australian Open.

Djokovic acknowledged the lapses when he sought to clarify what he called “continuing misinformation” about his movements after he became infected last month — though he did not say spell out what inaccuracies he was referring to.

The statement was posted while the men’s tennis No. 1 was in Rod Laver Arena holding a practice session, his third on the tournament’s main court since being released from immigration detention. “This was a human error and certainly not deliberate,” he wrote. “My team has provided additional information to the Australian Government to clarify this matter.” — AP