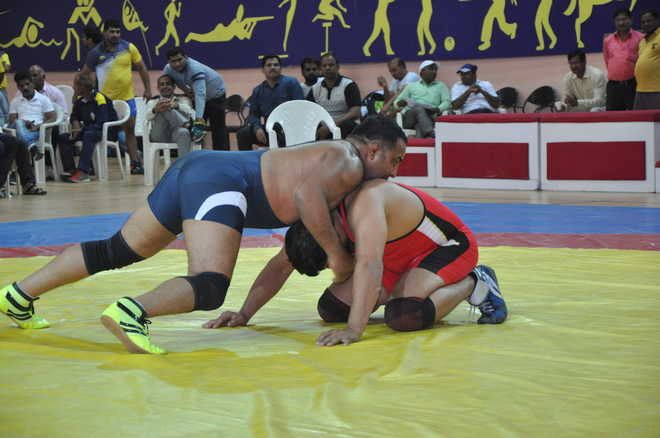 “If we only win two medals then it would be a failure on our part,” Brij Bhushan Sharan Singh, president of the Wrestling Federation of India (WFI), had said before his departure to Tokyo.

Singh had claimed that the Indian wrestlers would win more than two medals, bettering their best finish at one edition.

Now that the Indian grapplers could end up with a maximum of two medals — silver for Ravi Dahiya and a prospective bronze for Bajrang Punia — Singh has called for a review.

Singh said that the sports NGOs, including Olympic Gold Quest (OGQ) and JSW, and even the Target Olympic Podium Scheme (TOPS) have spoiled the athletes.

Singh cited the prolonged training stints abroad for Vinesh Phogat, supported by OGQ, and Bajrang Punia, who is with JSW, as prime examples of how the federation was blindsided.

“Vinesh stayed in Hungary with her coach (Woller Akkos) and as far as we know there aren’t good sparring partners in her weight class,” Singh told The Tribune.

“It seems she became the sparring partner for the coach’s wife, who represented Hungary in Tokyo. Things like this cannot happen,” he added.

Singh also cited refusal from Vinesh to train with the Indian wrestlers and her wearing non-certified singlet as instances of indiscipline. Vinesh wore a Nike singlet as opposed to one approved by the international federation (UWW) in her quarterfinal loss. The Indian Olympic Association officials raised the issue with Singh.

The federation is equally unhappy with Bajrang, who fought in the Ali Aliev tournament in June despite chief coach Jagmander Singh instructing him not to. Bajrang injured his knee during his semifinal in the tournament.

“JSW, OGQ and in some way even TOPS have ruined our athletes,” Singh said. “They do not do anything at the grassroots and just pick up the big talents. And the athletes that do not qualify, they dump them,” he added.

“Look what they did with Sakshi Malik and Pooja Dhanda. The day it was confirmed that they could not qualify, they were left on their own. We have to review their roles. Merely handing cash cards to premier players is not helping, these things ruin players,” he added.