On the cusp of 100th Test, Delhi’s ‘lambu’ stands tall

Ishant’s mate for the past 16 years, current Delhi captain Pradeep Sangwan, felt that even when Virat Kohli and Ishant attended Delhi’s U-17 trials, he looked a class apart 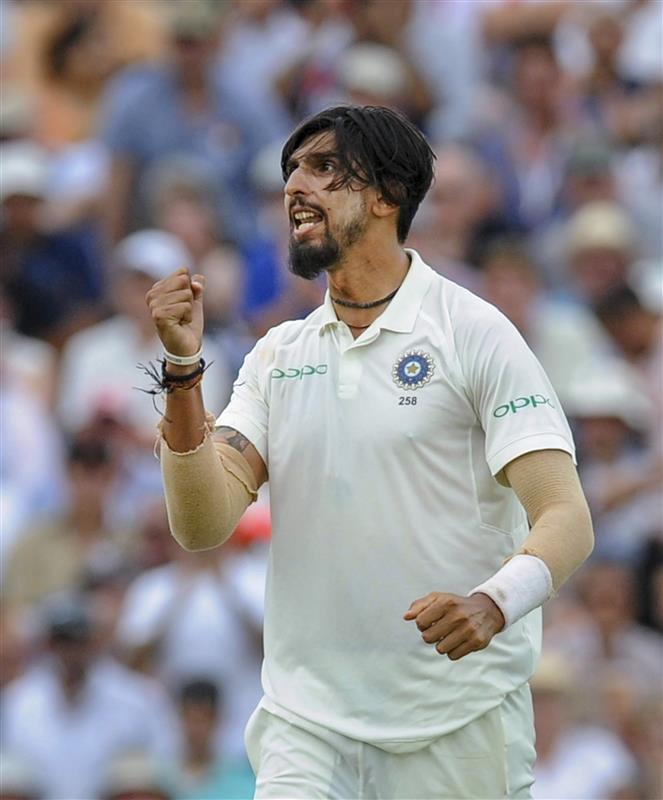 On the sidelines of a Ranji Trophy game in 2019, Ishant Sharma had called himself “the last flicker in a lamp” while politely making his reluctance known to three scribes, who had approached the self-effacing beanpole for an interaction.

Ishant was then standing at 96 Tests. Nearly 14 months later, during which he missed five Tests due to an injury, Indian cricket’s most adorable ‘lambu’ is shining bright.

He is on course to become only the second Indian fast bowler, after the great Kapil Dev, to complete 100 Tests for the country.

“Arre yaar mera interview karke kya karogey? Main toh bujhta huya diya hoon (Why do you want to interview me? I am like the last flicker in a lamp),” Ishant had said at the Kotla.

In terms of sheer talent and craft, Ishant wouldn’t be in the same league as Zaheer Khan, Mohammed Shami or Javagal Srinath but with his longevity, he has proved that “workhorse” isn’t exactly an abused word, which is used to sum up the veteran pacer.

“I think I will say this with certainty...,” former India wicketkeeper and Ishant’s ex-Delhi teammate and coach Vijay Dahiya said.

“Ishant will be the last Indian fast bowler to play 100 Test matches. I don’t see anyone playing 100 Tests. With majority of the fast bowlers preserving themselves for IPL and white ball games, it will be increasingly difficult to play 100 Tests for India,” Dahiya made a statement.

Ishant’s mate for the past 16 years, current Delhi captain Pradeep Sangwan, felt that even when Virat Kohli and Ishant attended Delhi’s U-17 trials, he looked a class apart.

“He was so tall and that long flowing mane of his, we used to pull his leg and tease him, “dekh le bhai, lamba Shah Rukh aa gaya (watch out brothers, the tall Shah Rukh has come (referring to the actor),” Sangwan said.

“But then even during those U-17 days, he was so tall and generated so much pace, you knew that he was special. And if you see when Virat was leading us at the 2008 U-19 World Cup, Ishant was already a Test player by then and didn’t need to play that tournament,” Sangwan added.

His first 79 Test matches yielded 226 wickets and the last 20 fetched him 76 scalps, which shows how the man from West Delhi’s Patel Nagar moulded himself according to the team’s needs.

Ishant, as well as the current crop of Indian fast bowling line-up’s most memorable three years, started in 2018 in South Africa with the introduction of Jasprit Bumrah in the Test arena.

“Dhoni used him as a defensive bowler who would hold one end up. Ishant was his man to do the job. You know why he has lasted this long: because it’s very important to know what your leader wants and deliver accordingly,” Dahiya said.

“He wasn’t the wicket-taking bowler but kudos to him, he did the job of bowling 20 plus overs a day with elan, which primarily the spinners do in Tests,” he added.

“It’s his hardwork and ability to maintain fitness standards that allows him to bowl those 8 to 9 over spells Test after Test. He was bowling those 8 to 9 overs spells at 18 years at a pace of 140 plus. Today, he is nearing 33 and he is still bowling those long spells consistently in late 130 kmph and cranking it up to 140 kmph at times,” said Sangwan.

First-class cricket has its own set of benefits but there are a few pitfalls, too, and often the example of former England batsman Graeme Hick is cited. Hick played seven years of county cricket before international level and by then, according to experts, the “bad habits of domestic cricket had crept into his system”.

“Best part about Ishant was that he escaped that grind of first-class cricket and was fast-tracked pretty early. The moment a fast bowler is stuck for three plus years in Ranji Trophy, he can stagnate, compromise for pace and also lack quality from the other end. Ishant didn’t have to endure that,” said Dahiya, who was also the pacer’s senior team coach.

Ishant was probably someone who doesn’t feel the need to be funny, interjected Sangwan, narrating an incident during their U-19 days.

“It was Delhi U-19 trials and as you know in the DDCA, one approach-wala chap (a typical Delhi term used for back-door entry of boys with influential parents) was thrust upon the sports committee for trials. Sunil Dev, who was then the sports secretary, was so angry that he came up to us and told Ishant and myself ‘if that fellow scores 20, you two will be out of the team’,” Sangwan said recalling the incident.

“Ishant was like ‘sir, humari kya galti hai ki, isko trials pe bulaya (sir, what is our fault that he has ben called for trials)’,” he added.

Dev was unyielding but then, Ishant and Sangwan got him out four or five times and also embarrassed him with a barrage of short balls, which hit him on the ribs. Recalling that story, Sangwan chuckled.

While former Australian pacer Jason Gillespie sorted his wrist position at Sussex, Ishant remains a nightmare for keepers even after playing so many matches. Ask Wriddhiman Saha, who finds Ishant the most difficult to keep as the seam wobbles.

Dahiya, who is known for his self-deprecating humour, hit the parting shot.

“I still tell Ishant that it was his late movement that led to my early retirement as he was young and I was ageing. I tell him tune mere budhaape mein maze le liye (You enjoyed at the expense of my old age),” Sangwan concluded. PTI