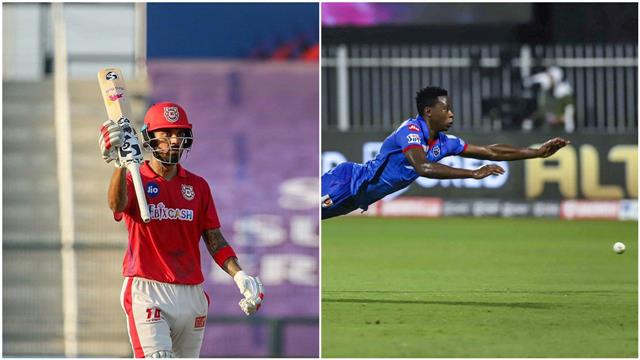 Kings XI Punjab skipper and opening batsman KL Rahul continued to wear the Orange Cap, leading the Indian Premier League run charts with 448 runs in eight games. He is followed by KXIP teammate and Ranji statemate Mayank Agarwal in the list, who has 382 runs.

The South African pace bowler is way ahead of his nearest competitors, Rajasthan Royals’ Jofra Archer, Mumbai Indians’ duo Jasprit Bumrah and Trent Boult, and Kings XI Punjab’s Mohammed Shami, all of who have 12 wickets.

In the points table, Mumbai Indians (MI) are perched atop with 12 points after eight games. Although Delhi Capitals (DC), too, have 12 points with same number of wins, i.e. six, the Mumbai franchise is ahead on the net run rate. Royals Challengers Bangalore are third with 10 points. IANS