In balance, it can be said Dhoni has been very good for Indian cricket and fans 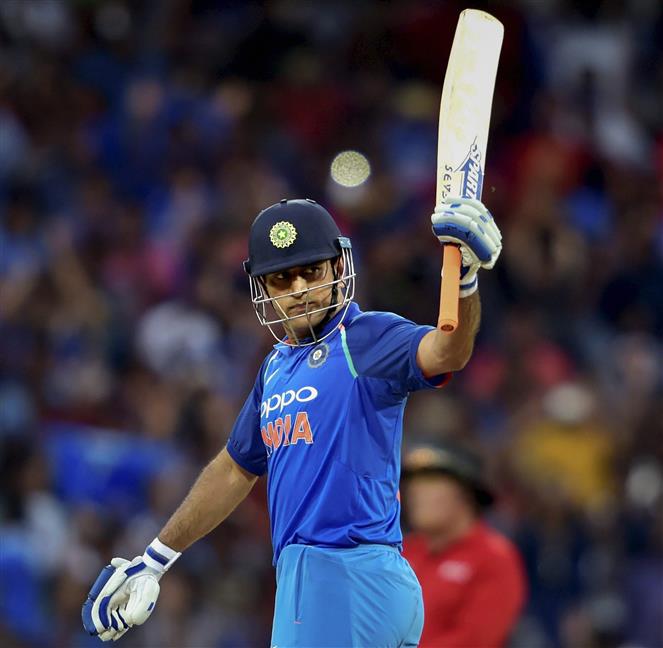 There will be no newspapers tomorrow. The TV channels are on the crest of a nationalist wave of passion on Independence Day. What better time for Mahendra Singh Dhoni to slip by, unobtrusively, from cricket?

You can expect Dhoni to behave in an unexpected manner. By nature of design, Dhoni is contrarian — why else would he announce his 'retirement' from international cricket through a cryptic post in Instagram, on Independence Day evening? Dhoni's Instagram post, made around 7.30pm this evening, said: “Thanks a lot for ur love and support throughout.from 1929 hrs consider me as Retired.”

Dhoni, possibly the greatest Indian captain of the modern era, seems to have retired. The clarity he displays on the cricket isn't evident in his communications online — though, make no mistake, he's a very sharp man. If he's causing confusion, it's deliberate.

It was more or less certain that his international career is over, anyway. He last played a T20I in February 2019; he had retired from Test cricket back in 2014. He has played no cricket at all since July 10, 2019, when India lost in the semifinals of the World Cup to New Zealand. There has been nothing since then — there was speculation that he might figure in this year's T20 World Cup if he did well in the IPL. Well, the Covid-19 pandemic has caused the T20 World Cup to be cancelled.

After the World Cup defeat, he opted to make himself unavailable for India's ODI and T20I series. No cricket for over 13 months — so, in a way, it could be said Dhoni has been gone for some time...

The best of Dhoni has been gone for some time, too — his batting has been below peak MSD levels for at least four years; his giving up captaincy meant that it was not he but Virat Kohli who has been in charge on the field.

Yet, Kohli never got out of Dhoni's shadow — Kohli wanted it this way. Kohli's trust in the brains of Dhoni has been evident all these years — at last year's World Cup, for instance, as Dhoni struggled to hit the big shots, it seemed that Kohli had Dhoni in the team mainly because of his mental and analytical prowess. Kohli let Dhoni take charge, happily. There were times when Kohli would be fielding at the boundary while Dhoni would be setting the field in consultation with the bowler. It's a mark of Kohli's self-confidence — and respect for Dhoni — that Kohli could let Dhoni take the leadership mantle on the field, for the world to see

This is the sort of respect Dhoni has earned for himself in his career.

Eleven years ago, when Sachin Tendulkar completed 20 years in international cricket, he was asked the name of the best captain he had played under. Tendulkar's answer was Dhoni — this despite the fact that Tendulkar had played under Dhoni for less than two years then.

Dhoni earned the respect of his peers by being very cool on the field, being respectful to his seniors, and by being obviously unambitious — he clearly not desperate to be captain or to prolong his career, and thus did not play mind games with his own teammates.

Dhoni's achievements have been immense, including leading India to three ICC trophies (2007 T20 World Cup, 2011 50-over World Cup, 2013 Champions Trophy); he also led India to the No. 1 position in Test cricket.

Yet, perhaps even more than that, he was one player fans across India could connect with — he emerged as a young man with a funky hairstyle Indian youth could relate with, yet he is also a man who, despite tasting superstardom, remained grounded and always went back to his beloved hometown, Ranchi.

On the field, when under pressure, or when things needed to be done, he preferred to lead from the front — as in the 2011 World Cup final, when he came in at 114/3 after promoting himself and made a match-winning 91 not out; or the second innings of the Mohali Test against Australia in 2008, when he came in at No. 3 as India chased quick runs and made 68 off 84 balls.

These sort of innings earned him the respect of his peers and analysts.

No one is flawless, and same goes for Dhoni. But, in balance, it can be said that Dhoni has been very good for Indian cricket and fans.