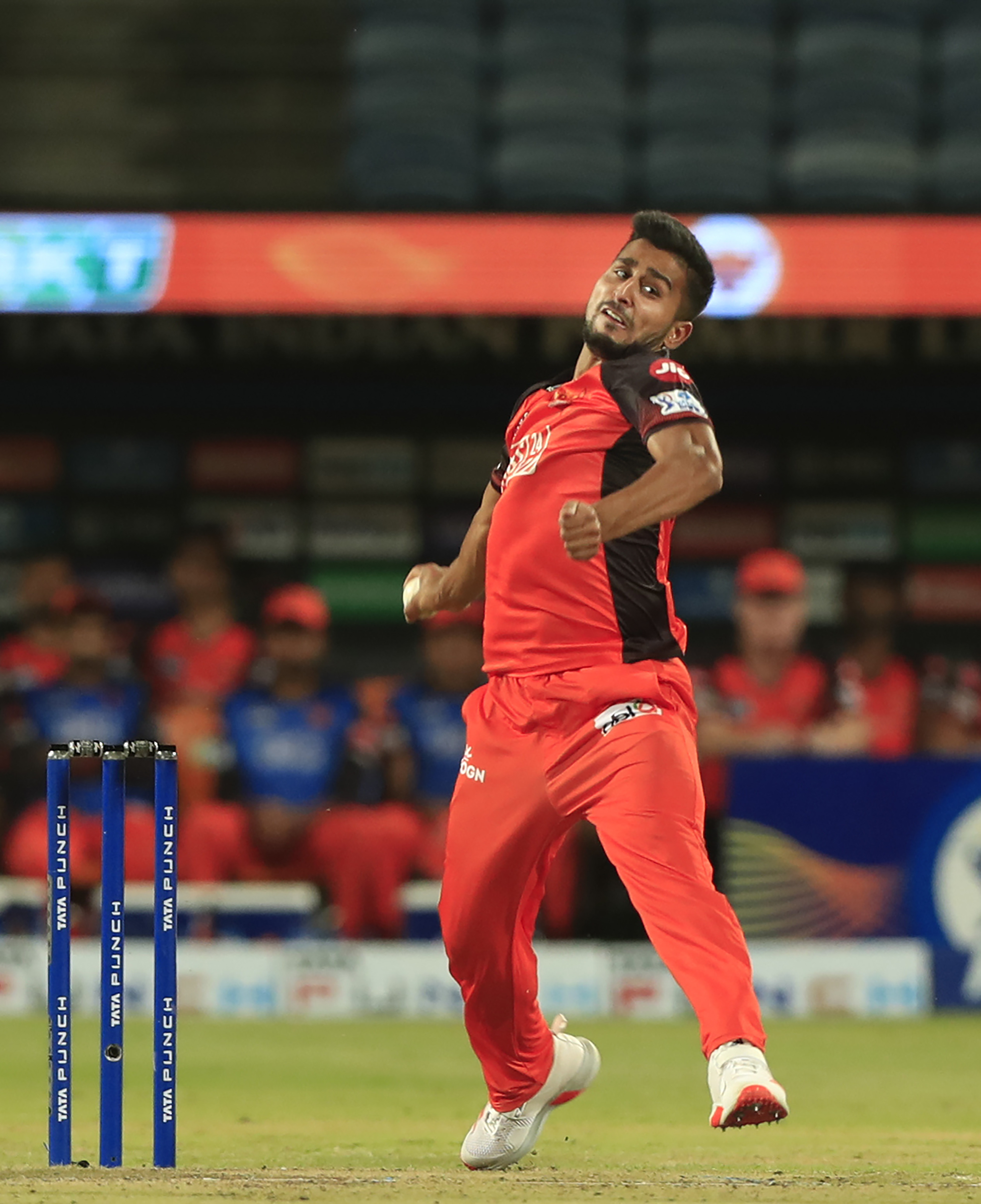 Umran has picked up 21 wickets in 13 games for Sunrisers Hyderabad in the IPL but it's his ability to bowl consistently at 95 miles per hour that has caught the imagination of all and sundry with calls for his immediate selection in top-flight cricket.

Regular captain Rohit Sharma, star batter Virat Kohli, pacers Jasprit Bumrah and Mohammed Shami have all been rested for the white-ball series in which Rishabh Pant will be the vice-captain.

Rohit, Kohli, Bumrah, Ravichandran Ashwin and Ravindra Jadeja will all fly to England on June 15 for the one-off Test against England at Edgbaston from July 1-5 and will be joined by Cheteshwar Pujara, who has earned a recall to the 17-member Indian Test team after a stupendous show in English County Championship for Sussex.

Ditto for all-rounder Hardik Pandya, who has successfully led new franchise Gujarat Titans into IPL play-offs and has been consistent with the bat, besides bowling a few overs at brisk pace.

Umran pips Mohsin among bowlers but Tripathi misses out

While former players and experts have all spoken in unison about Umran's selection in the national team, it wouldn't have been a cakewalk had Lucknow Super Giants pacer Mohsin Khan been fully fit.

While Umran has 21 wickets (before Sunday's game), most of which came in the first phase when batters were getting used to his pace, it is understood that the selectors were far more impressed with Uttar Pradesh left-armer Mohsin, who has 13 wickets from 8 matches at an astounding economy rate of 5.93 compared to Umran's 8.93 in 13 games.

However, Mohsin's dodgy hamstring made the decision easier for Chetan Sharma's committee, which also picked Arshdeep especially for his death overs bowling for Punjab Kings.

Arshdeep bowls at early to mid 130s and has only 10 wickets in 13 games (before Sunday's game) but his ability to bowl the change-ups along with wide yorkers and deliveries in the block-hole has earned him a place in the squad.

Arshdeep was with Indian team as net bowler in an away series against Sri Lanka last year while Umran was in the UAE, assisting the national team during T20 World Cup.

The selectors more or less picked up players who have played in last two T20I series for India with Dinesh Karthik, at 36 years of age and 18 years after he first played for India, making his umpteenth comeback.

Karthik's inclusion will certainly put Rishabh Pant under a bit of pressure as both are designated middle-order finishers unlike third keeping option Ishan Kishan, who is a specialist opener. As per indication in the team sheet, Karthik is second keeper and Ishan is a pure batter.

If there was one player, who would feel a bit let-down, it has to be Rahul Tripathi, who, before Sunday, had scored 393 runs at a strike-rate of above 160 and had three fifty plus-scores to his credit.

Tripathi, who has been consistent in the IPL, may get his chance sometime during the season but he might feel hard done by, considering Suryakumar Yadav was left out due to hand injury.

Hardik back in the mix, Venkatesh remains back-up

In the case of Hardik Pandya, it was never a question of how he will make a comeback for one of India's guaranteed game-changers but as to when that recall will come.

The Gujarat Titans skipper scored 413 runs in 13 games at a strike-rate of 131-plus but more importantly bowled nearly 25 overs (24.3 overs), which is around a couple of overs per game.

He worked up good pace, got a few wickets but more importantly will give Rohit a sixth bowling option going into the World T20 in Australia.

Pujara back in Test squad after bagful of County runs

The 34-year-old Cheteshwar Pujara scored 720 runs in five Division two games for Sussex, which included two double hundreds and two hundreds, which forced the selection committee to give him a call-up for the 'fifth' Test of the last series. The squad doesn't have any new face from the one that was picked last year.

Prasidh Krishna, who had been drafted into the Test squad during the course of last series, is back while KS Bharath is now the official second keeper in Tests after 37-year-old Wriddhiman Saha was shown the door earlier this year.

Shreyas Iyer and Hanuma Vihari, who have done well for India in the little chances that they got, are there.