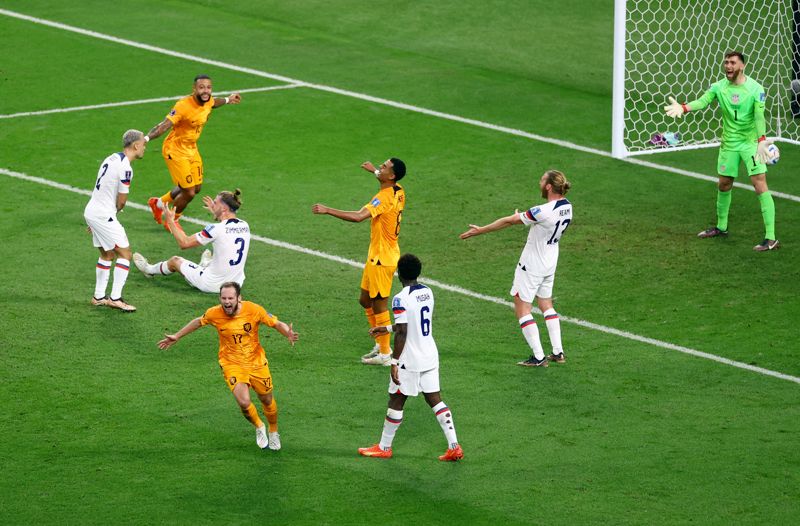 Memphis Depay and Daley Blind scored in the first half and Denzel Dumfries added a late goal as Netherlands eliminated United States from the World Cup with a 3-1 victory today that advanced the Dutch to the quarterfinals.

Second-half substitute Haji Wright cut the US deficit to 2-1 in the 76th minute when Christian Pulisic’s cross hit his trailing foot and popped over goalkeeper Andries Noppert and into the net. But Dumfries, who assisted on the first two goals, scored on a volley in the 81st.

Runners-up in 1974, 1978 and 2010, the Oranje extended their unbeaten streak to 19 games and face Argentina or Australia on Friday.

It was a disappointing end for a rebuilt US team hoping to advance past the Round of 16 for the first time since 2002. Using the second-youngest squad in the tournament, the Americans achieved the bare minimum to consider the World Cup a success, beating Iran in their group-stage finale to reach the knockout round.

But just like in 2010 against Ghana and 2014 against Belgium, United States were eliminated in the Round of 16. The Americans are winless in 12 games against European opponents at the World Cup since 2002, losing six, and are 1-7 during the tournament’s knockout rounds.

Pulisic, playing four days after getting hurt during his game-winning goal against Iran, had a chance to put USA ahead in the third minute but Noppert, playing in only his fourth international match, blocked his point-blank shot. With the Americans seeking an equalising goal, Noppert dived to stop Tim Weah’s 25-yard effort in the 42nd.

While the United States had the better play at the start, the Dutch went ahead after breaking the American press. — AP

12 The Americans are winless in 12 games against European opponents at the World Cup since 2002, losing six, and are 1-7 during the tournament’s knockout rounds.

1Cameroon’s victory over Brazil was a first at the World Cup in two decades and only a fifth since they made the first of their eight appearances in Spain in 1982. 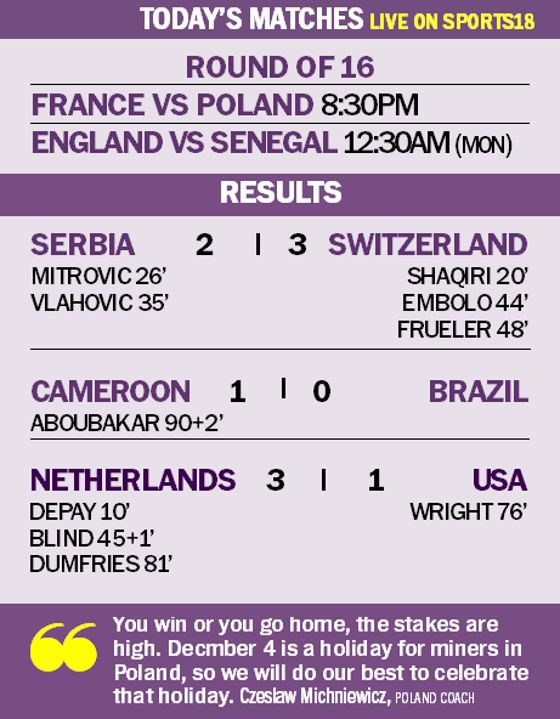