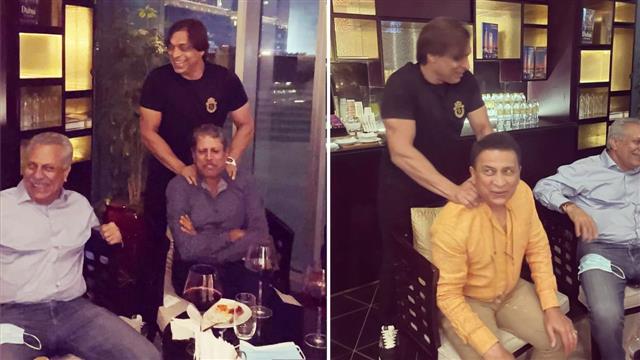 It will be the first time that both India and Pakistan will play against each other since 2019. India had defeated Pakistan in the CWC 2019 in England and Wales.

Former Pakistan fast bowler Shoaib Akhtar shared pictures of him "chilling" with legends of cricket from India as well as Pakistan.

They all got together ahead of the much-anticipated India-Pakistan clash scheduled for October 24 at the Dubai International Stadium.

In the caption he wrote, "Chilling with the best of the best. The great Zaheer Abbas, Sunil Gavaskar & Kapil Dev. All set for the cricket ka maha muqabla. #Pakistan #India #WorldCup."

Both the countries have won the T20 WC once since its inception in 2007.  Babar Azam will lead Pakistan.