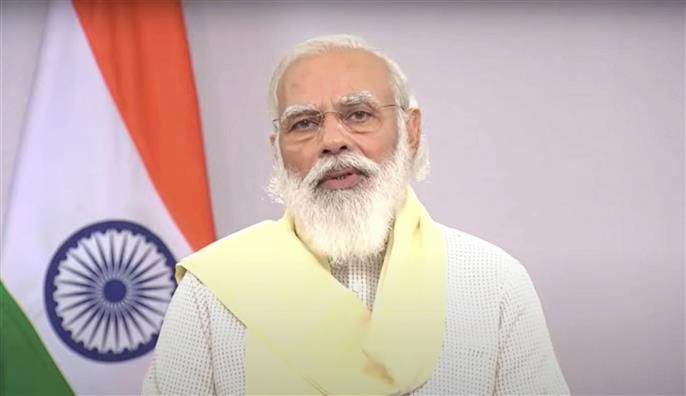 Prime Minister Narendra Modi has hailed India’s Paralympians for raising the profile of para sports in the country.

Modi interacted with the Indian contingent after its return from Tokyo on Friday, but its video footage was released today.

“You all have become famous. You are now celebrities in your own right and it is down to your perseverance and performance on the field. Your family, village and even society now have a different perception of Divyangjan and all thanks to your achievements,” Modi said at the interaction.

Several para athletes handed over signed equipment to the PM. Also, a shawl signed by all Indian medallists was gifted to him during the meeting.

Modi also took time out to interact with those who did not win medals in Tokyo. “It is not important to win medals only. If you win or lose, you have to forget about it and move forward,” he said.

Noida District Magistrate Suhas L Yathiraj, who won a silver in badminton, said athletes from other nations were surprised on finding out that Modi had personally called and congratulated all the medal winners in Tokyo.