May miss rest of tournament, Agarwal to lead team in his absence 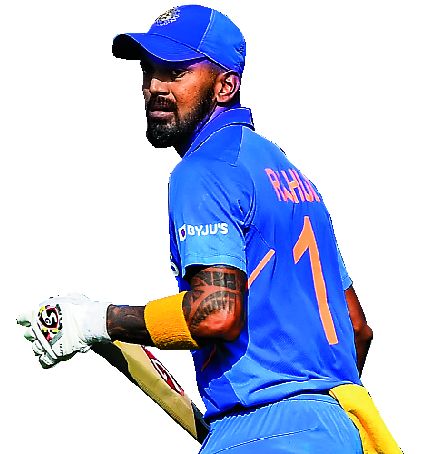 Punjab Kings were dealt a severe blow when their captain and leading batsman KL Rahul was diagnosed with acute appendicitis and left the team for Mumbai for surgery. - File photo

Punjab Kings were dealt a severe blow when their captain and leading batsman KL Rahul was diagnosed with acute appendicitis and left the team for Mumbai for surgery. This is likely to keep him on the sidelines for at least two weeks, and there’s a possibility that he could miss the remainder of the tournament, which ends on May 30.

Rahul is leading the tournament charts of the leading run-scorers with 331 runs.

In his absence, fellow opener Mayank Agarwal will lead Punjab, starting with tonight’s match against Delhi Capitals. Under Rahul, Punjab won three of the seven matches played. “KL Rahul complained of severe abdomen pain last night and after not responding to medication, he was taken to emergency room for further tests which revealed that he was diagnosed with acute appendicitis,” Punjab Kings said in a statement, adding: “It will be resolved surgically.”

Rahul was expected to be operated upon on Sunday night at the Breach Candy Hospital in Mumbai. Punjab Kings expect him to return to action within a week or 10 days. However, with the IPL being held in a bio-secure bubble, it might not be easy to get Rahul back into the team environment without him being quarantined, as per the IPL policy. “Post his surgery, his recovery will be in a bubble so that he remains in a protected environment (amid the Covid-19 pandemic),” said a BCCI source. — TNS, agencies