Invited to bat, Hardik Pandya (71 not out) and KL Rahul (55) scored scintillating half-centuries to help India post 208 for six 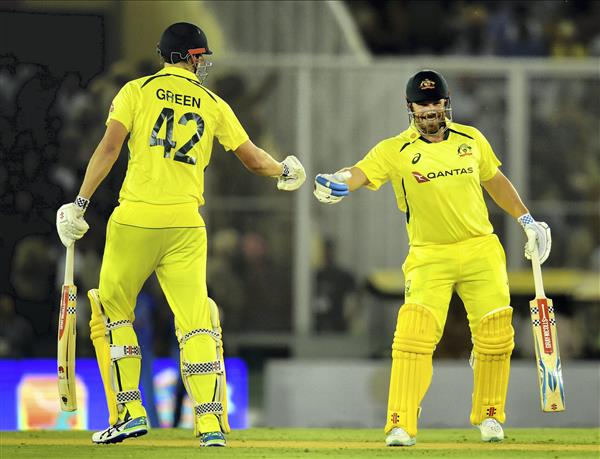 Australia produced a fine batting show to beat hosts India by four wickets in the first T20I here on Tuesday.

Invited to bat, Hardik Pandya (71 not out) and KL Rahul (55) scored scintillating half-centuries to help India post 208 for six.

In reply, opener Cameron Green put India on the back foot with his 30-ball 61 before Matthew Wade (45 not out off 21) took the visitors over the line with four balls to spare.

With the win, Australia took a 1-0 lead in the three-match series.

The in-form Pandya pummelled the visiting bowlers into submission with his unbeaten 30-ball 71.

The all-rounder smashed the ball seven times to the fence and five times over it to take India over the 200-run mark.

For Australia, medium pacer Nathan Ellis 3/30 was the pick of the bowlers.