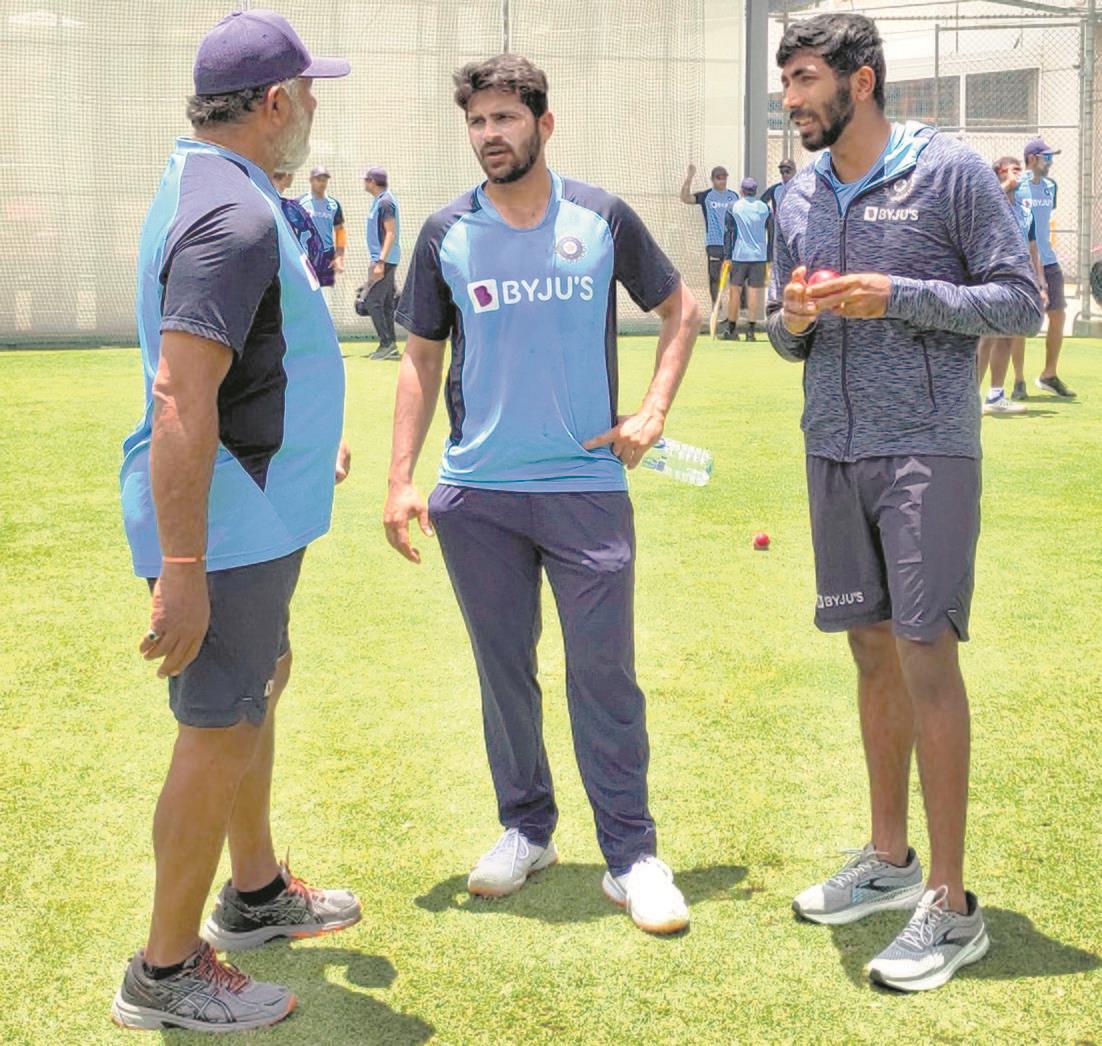 Bowling coach Bharat Arun has a chat with Shardul Thakur and Jasprit Bumrah at Gabba.

The injury-ravaged Indian team today underwent its first training session at the Gabba here, hoping to field 11 fit players in the series-deciding fourth Test against Australia.

Ruled out of the last Test with an abdominal strain, pace spearhead Jasprit Bumrah accompanied the visiting team for its training session.

Two-test Mohammed Siraj, who bowled in Sydney with Bumrah and debutant Navdeep Saini, could end up the most experienced member of a very raw India pace attack at the Gabba, traditionally a fast bowler’s paradise for its speed and bounce.

Bumrah, though, was not in his training outfit as he got involved in a discussion with bowling coach Bharat Arun.

Chinaman bowler Kuldeep Yadav was seen bowling at the nets and there is a chance that he could be picked for the match, with all-rounder Ravindra Jadeja ruled out due to a fractured thumb. — Agencies