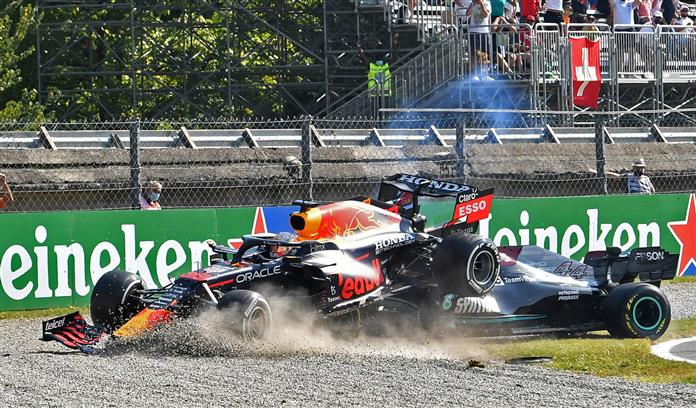 Monza: Australian Daniel Ricciardo won the Italian Grand Prix in a stunning McLaren one-two with Lando Norris at Monza today while Formula One title rivals Max Verstappen and Lewis Hamilton took each other out of the race after their collision.

Vienna: Ethiopia’s Derara Hurisa was disqualified for wearing the wrong shoes after winning the Vienna Marathon. Hurisa crossed the line first by three seconds but was later told he had been disqualified because the soles were 1cm thicker than the maximum 4cm allowed. agencies