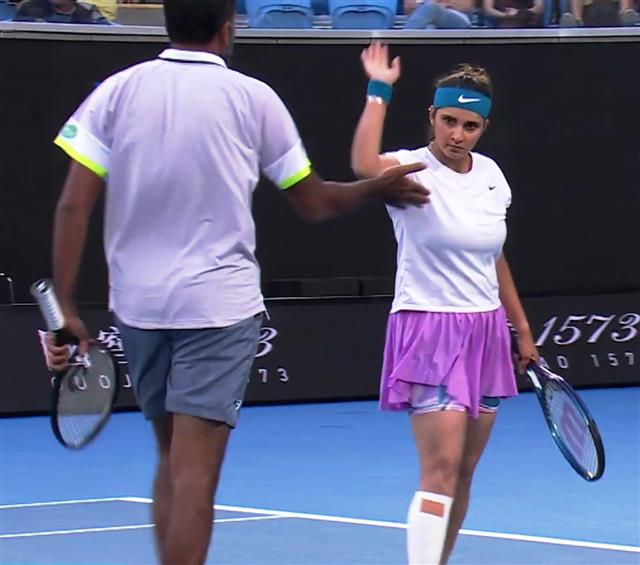 Sania Mirza, India’s greatest women’s tennis player, stayed on track for a fairytale farewell after she reached the mixed doubles final at the Australian Open today.

Mirza teamed up with Rohan Bopanna for her final Grand Slam in Melbourne, having announced her desire to step away from the sport after next month’s Dubai Tennis Championships.

Mirza and Bopanna defeated the third-seeded pairing of Desirae Krawczyk and Neal Skupski 7-6(5) 6-7(5) 10-6 in the semifinals.

For Mirza, there was no change of approach heading into her final Major, with the 36-year-old focused on competing at her best level.

“I play every match trying to win, whether it’s my last tournament or my last Slam or my first Slam. For me, competitiveness is in my blood,” Mirza, the first Indian to win a WTA singles title, told reporters.

“Every time I step on the court, I want to win regardless of whether it’s going to be my last Slam, whether it’s my last season... It’s special in many ways. It’s emotional in many ways. The approach to every match remains the same, the same professionalism, warm-up, routine and sort of will to win. That doesn’t really change,” she said.

Mirza will play in the final on Friday. — Reuters