Saud day for Messi, Argentina: With a defensive masterclass, Green Falcons relive the glory of 1994 : The Tribune India

Saud day for Messi, Argentina: With a defensive masterclass, Green Falcons relive the glory of 1994 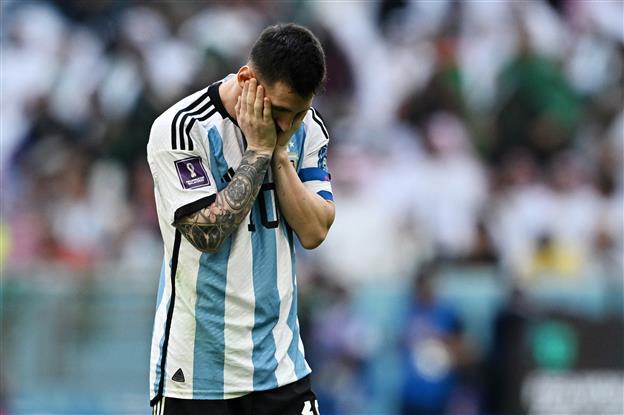 Lionel Messi and Co will look to pick up the pieces after Saudi Arabia’s Salem Al-Dawsari had broken the Argentinian hearts. Reuters

The biggest stadium of the tournament, the biggest star of the game and an almighty upset — the Argentina-Saudi Arabia match ripped the pre-game scripts that had swirled around to shreds.

It was 1994 all over again for the swathes of green-clad Saudi Arabia fans who witnessed a marvel unfold at Lusail Stadium in Doha as their team pulled off a historic 2-1 victory that ended the South American giants’ 36-game unbeaten run. 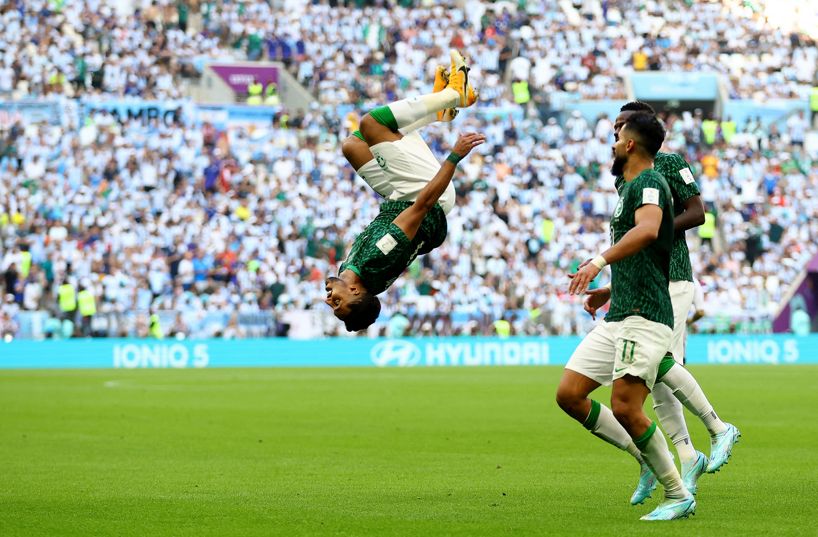 In 1994, it was Saeed Al-Owairan’s 69-metre foray from deep inside in his own half against Belgium which sealed a spot in the last-16 stage with a 1-0 win. Has Salem Al-Dawsari’s curling scorcher — the cause of the delirium and shockwaves on Tuesday — structured the pedestal for a repeat?

From the looks of it, the Saudis do have a realistic chance of materialising the mirage. On the other hand, Lionel Messi’s dream of a perfect World Cup farewell suddenly verges on the possibility of another heartbreak, with tougher opponents Poland and Mexico lined up next.

Though their neighbours Qatar and Iran were humbled, the Saudis were no pushovers. Herve Renard’s well-oiled side notched a well-deserved win by executing the high-line to perfection mainly, and being clinical in front of goal.

The high-line is always a gamble since it runs the risk of backfiring by leaving pockets of space behind to be exploited. And employing it against a team as lethal as Argentina didn’t seem a wise decision at first, but it certainly paid off.

The Argentines were caught offside seven times in the first half, but at the same time also managed three strikes — one from Messi and two from Lautaro Martinez — which were later disallowed. This was after Messi had missed an early opportunity before slotting in a penalty calmly. But as the search for the all-important cushion stretched, it heightened the panicky undertone in the Argentina team. Again, it was a combination of the high-line and their compact shape.

If Lionel Scaloni’s side ended the half as the superior one, the second half saw a prompt blitz from Saudi Arabia. It seemed as if the Renard’s men had mutated — they pressed more aggressively and induced mistakes from the Argentina players, one of which resulted in the equaliser from Saleh Al-Shehri. The dazed Argentines had barely recovered from the blow when a majestic solo effort from Dawasari put the lights out for Argentina. Two shots on target over 90 minutes and two goals — it doesn’t get better than that. Argentina mounted pressure, hovered about the Saudi Arabia’s box but failed to conjure any clear-cut chances.

And if there was any whiff of a threat, it was duly taken care of by goalie Mohammed Alowais and his determined outfit. Renard’s men had put in a defensive masterclass and were rewarded in more ways than one, with the Saudi king declaring Wednesday a holiday.

While the whole of Saudi Arabia rejoices, Argentina’s football king and his devotees lick the wounds and hope to get over it in time — for the clock has already begun ticking.