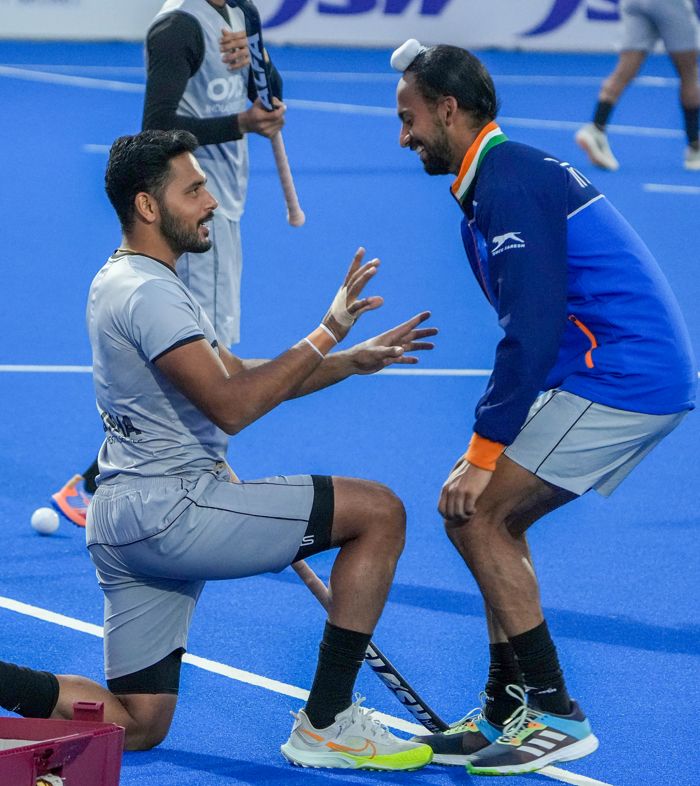 Harmanpreet Singh was not his usual self when it came to PCs. pti

India’s penalty corner specialists over the last two decades have flattered to deceive. Scoring big against weaker teams, they have largely struggled in major tournaments.

Harmanpreet Singh has been an exception. He was India’s leading scorer in the Tokyo Olympics and the Pro League’s top scorer in the previous season. The dip in his form proved fatal for India in the World Cup.

That his struggles started so soon after being appointed captain could not have been a coincidence. In hockey, there is no extra burden of captaincy on the field, as reiterated by Harmanpreet. However, the 27-year-old underestimated the distraction off-field duties could cause. This is the first time he has had to answer repeated questions about his failure to convert penalty corners. “I have been asked the same question for the last few days. Obviously, I have been trying to score but it is not happening,” a frustrated Harmanpreet said during a recent press conference.

When he was not the captain, Harmanpreet could have isolated himself from the outside noise. But facing repeated questions about his abilities might have put a doubt in his mind. Harmanpreet’s drag-flicking success was built on rhythm and accuracy rather than power. Seeing him try too hard, it is clear that Harmanpreet’s rhythm has been disrupted and his confidence affected. His anxiety has also bled into the whole penalty corner routine, which has lacked precision — there have been misdirected pushes, fumbled stops and fluffed drag-flicks. It would benefit the Indian team if coach Graham Reid had an honest chat with Harmanpreet about the future of his captaincy. — Indervir Grewal