Qatar legend Al-Attiyah did qualify for London, where he won a bronze 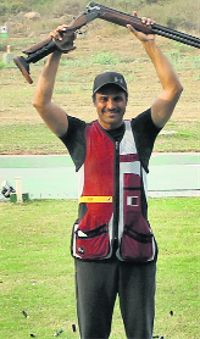 Nasser Al-Attiyah is a three-time winner at the Dakar Rally and an Olympics bronze medallist in skeet shooting.

Nasser Salih Nasser Abdullah Al-Attiyah — in short Nasser Al-Attiyah — is perhaps one of the biggest draws in the shotgun sport. And not all of this is because of his winnings on the skeet ranges, including an Olympics medal, a bronze at the 2012 London Olympics.

As the defending champion in 2012, Al-Attiyah did the unthinkable. Leading the rally, he pulled out saying his car broke down during the ninth stage between Antofagasta and Iquique in Chile. Next day he flew down to Doha to participate in the Asian Shooting Championships, the last Olympics qualifying competition for Asian countries. He completed his task with a world record-equalling score of 150/150 to win a quota for his country.

At the time, the rumours were that the Qatari deliberately crashed his car so that he could fly back for the Asian Championships. “I took the call to retire and told my co-driver. I decided to try for an Olympic quota and after my performance today I can say that I made the right decision,” Al-Attiyah had told this correspondent in Doha then.

Today, the skeet legend came clean about his 2012 crash. “It is true that I crashed my car,” Al-Attiyah told The Tribune. “That was the last qualifying tournament and I had to take that chance. I can take part in rallies every second week. That competition in Doha was very important to me and for my country. Country will always come first.”

Unlike in 2012, Al-Attiyah’s chances of representing Qatar at the Tokyo Olympics, which will be his sixth Games, are out of his hands. Al-Attiyah needed to win the gold medal here to earn a ticket through ISSF rankings, since the highest ranked athlete not yet qualified will be handed over one place.

However, he finished third. His only hope is through a Universality Invitation handed out by the International Olympic Committee Tripartite Commission. The commission traditionally hands out the invitation to countries that have sent small delegations to the Olympics. Al-Attiyah is hoping to get a call from the IOC soon. “My only hope is from the IOC now. They may decide about it in a month or two. But I am hoping that one of the quotas is handed to me under the Universality quota,” he said. 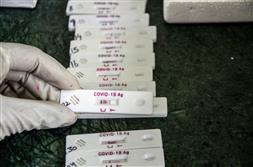