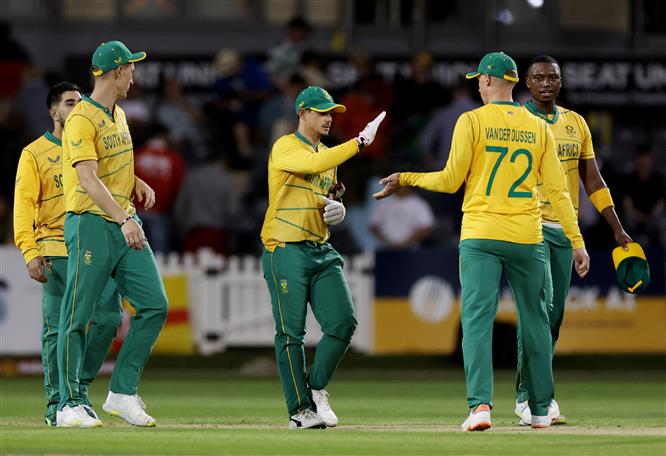 Half-centuries from Reeza Hendricks and Aiden Markram helped South Africa beat Ireland by 21 runs on Wednesday in the first of two Twenty20 internationals.

Hendricks, who starred in his country’s recent series win over England, hit 74 from 53 balls during the day-night match in Bristol as the Proteas reached 211 for five.

The opener shared a third-wicket partnership of 112 with Markram, who hit 56 from just 27 deliveries.

Spin bowler Gareth Delany claimed the wickets of Hendricks and Markram from consecutive balls in the 16th over.

In Ireland’s chase, No. 3 Lorcan Tucker managed seven fours and five sixes in an impressive knock of 78 from 38 deliveries, and George Dockrell added 43. The pair fell in the space of three balls, however, to Tabraiz Shamsi and Dwaine Pretorius ,respectively.

Ireland finished on 190 for nine. The second T20 is Friday.