German Open: Srikanth keeps it up, PV Sindhu out : The Tribune India

German Open: Srikanth keeps it up, PV Sindhu out 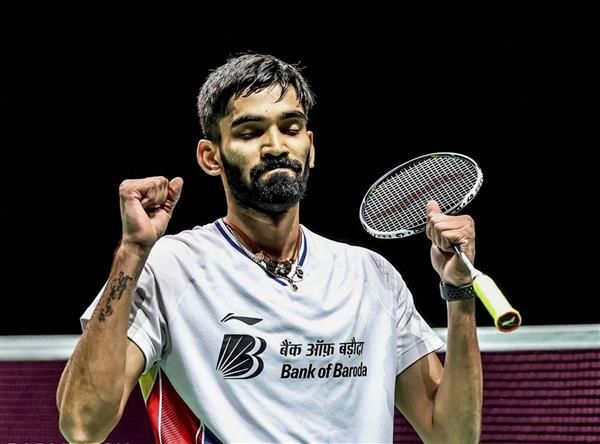 Saina, who has been struggling with fitness issues, was no match for eighth-seeded Thai Ratchanok Intanon, going down 10-21 15-21 in a lopsided contest.

In the men's doubles, Krishna Prasad Garaga and Vishnuvardhan Goud Panjala also advanced to the last-eight round after winning 23-21 16-21 21-14 over compatriots Ishaan Bhatnagar and Sai Pratheek K.

Srikanth dished out a gritty performance to outlast his world No. 27 opponent in a thrilling match that lasted an hour and seven minutes.

The Indian made a good start, opening up an 8-3 lead early on but Zu made a late charge before Srikanth managed to enter the break at 11-10. Both were locked at 14-14 after the interval when Srikanth surged ahead with a four-point burst to seal the opening game.

In the second, Srikanth led 15-11 but Zu eventually snatched the initiative after saving a match point to stay alive in the contest.