No BLM solidarity at IPL, but Indian players anyway keep off hot topics 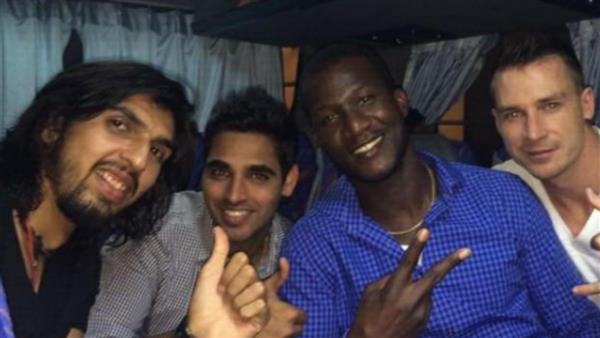 South African fast bowler Kagiso Rabada has said that sportspersons should speak out in order to spread the message of equality among races. His comments came after Jason Holder of West Indies expressed disappointment that no IPL team had shown solidarity with the Black Lives Matter (BLM) movement. “To be honest, I haven’t had one conversation up here (IPL) around it (BLM). Sometimes it seems it has gone unnoticed, which is a sad thing,” Holder, who is in the UAE as part of the Sunrisers Hyderabad squad, said.

Clearly, black people feel much more strongly than others about the BLM movement, and it hurts the black cricketers in the IPL that no one has taken the initiative to show solidarity with them on this burning issue.

Rabada said today that it is important to spread the right message. “It is important for people not to feel inferior. Liberation of mind is the most important thing,” he said. “I think this is the message you want to spread, especially as a sportsman when you do have a platform to express this. Lot of people follow what you do, because that is the nature of sportsman… I am on a stage where people can now listen to me.”

“It is your responsibility at times to keep reminding that fighting for the right causes is important,” he said.

Indian cricketers rarely talk about discrimination or divisive issues in our society. Some of them have spoken about individual cases of injustice or violence, but no one dares to talk about discrimination or violence against specific groups. A few months ago, former West Indies captain Daren Sammy revealed that his teammates at IPL team Sunrisers Hyderabad used to call him “Kalu”. Neither the team nor his teammates apologised to him.

One teammate of his, Irfan Pathan, spoke publicly on the issue but insisted that he was “not aware of any such incident”. Pathan’s claim is difficult to believe because Sammy’s name was quite public in that team — another teammate, Ishant Sharma, listed Sammy as “Kalu” under a photo he shared on social media in 2014.

Chris Gayle had reacted thus to Sammy’s revelation about Indian players: “They smile with you but yet they are against you/our race!! It’s never too late to stand up for what is right! Asian, where’s your support in racism?”

But India is in denial about its racism problem. Three years ago, a BJP MP, Tarun Vijay, declared Indians can’t be termed racist, saying: “If we (Indians) were racist, why would we have the entire south? Which is, you know... completely Tamil, you know Kerala, you know Karnataka and Andhra. Why do we live with them? We have blacks, black people all around us.”

Rabada is right — it’s important for role models such as our cricketers to speak out on matters that really matter.