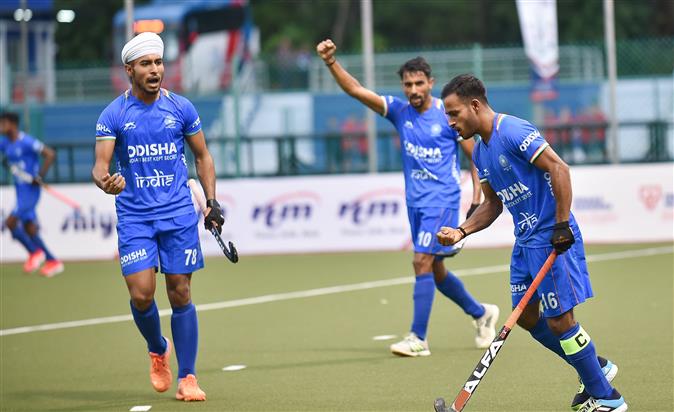 The Indian men’s junior hockey team squandered a two-goal lead at halftime to lose 4-5 against South Africa in its second match of the Sultan of Johor Cup here today.

Despite India’s early pressure, it was South Africa who scored first, taking the lead when Simons deflected in the ball past Ankit Malik.

India, however, roared back into the game immediately as Tiwari converted two penalty corners.

A couple of minutes into the second quarter, India struck again when Uttam got his first goal of the tournament.

South Africa made a swift comeback in the second half. Kahder reduced India’s lead before Ngubane scored off a penalty corner to make it 3-3.

India retook the lead in the 45th minute when Chirmako got his name on the scoresheet. In the final 15 minutes, India tried hard to control the game and keep their lead, but the South Africans levelled the scores again at 4-4 when Forestier converted another penalty corner.

South Africa went into the lead for the second time when Forestier scored again, and this turned out to be the decisive goal.

In the day’s other matches, Japan stunned defending champions Great Britain 2-1, while Australia thumped hosts Malaysia 8-0. India will take on Japan in their third game on October 25.