‘Thank you’: Virat Kohli pens a heartfelt post as RCB bow out of IPL 2021 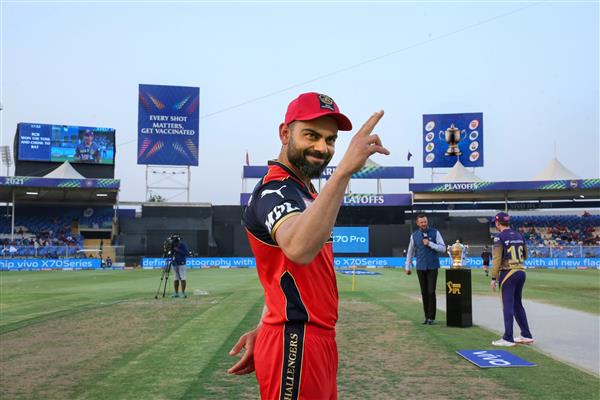 After Royal Challengers Bangalore’s IPL 2021 campaign came to an end following a loss to Kolkata Knight Riders in the Eliminator at Sharjah, outgoing captain, Virat Kohli on Tuesday posted an emotional message for the RCB fans.

Kohli had announced before the start of the UAE leg of the league that this will be his last season as the leader of the franchise.

“Not the result we wanted but I am so proud of the character shown by the boys throughout the tournament. A disappointing end but we can hold our heads high. Thank you to all the fans, management & the support staff for your constant support,” Kohli wrote on Twitter.

Despite stepping down as RCB captain, Kohli reiterated that he will continue playing for the franchise as long as he plays in the IPL.

On Monday, Royal Challengers failed to defend the 138 runs their batsmen managed, which extended their long wait to lift an IPL trophy. The closest they came to winning the trophy in recent times was in 2016 when they lost to Sunrisers Hyderabad in the title decider.

Overall, Kohli led RCB in 140 matches in the last 11 years. He won 66 of those games and lost 70 as skipper of the franchise.