Trip cleared in a day, Mirabai Chanu to fly to US today 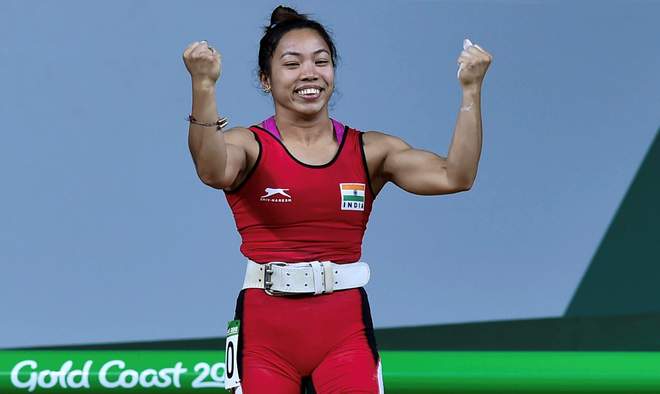 The IWLF has disclosed that Mirabai Chanu would be vaccinated in the US before she flies to Tokyo for the Olympic Games. - File photo

The Mission Olympic Cell (MOC), a committee that selects athletes who are to get assistance under Target Olympic Podium Scheme (TOPS), has decided to back all the medal hopefuls and clear their training proposals in no time.

In line with this principle, weightlifter Saikhom Mirabai Chanu’s training proposal in St Louis, USA, with Dr Aaron Horschig, a famed physical therapist and strength and conditioning coach, has been cleared in record time.

The Indian Weightlifting Federation (IWLF) sent the proposal today and the MOC met in the evening to clear it. The MOC, headed by SAI director general Sandip Pradhan, took this immediate decision fearing a ban on Indian nationals in the US amidst a surge of Covid-19 cases in India.

Mirabai had said yesterday that she was feeling some pain in her shoulders and wanted to join Dr Horschig, who had helped her with her back problem that had grounded her career for almost two years.

Chief coach Vijay Sharma, assistant coach Sandeep and physiotherapist Anukul Sharma will accompany Mirabai. They will fly off to the US tomorrow evening and the 50-day camp will cost a little over Rs 70 lakh.

“We sent the proposal today itself and I am thankful to MOC for clearing it in a day,” IWLF vice-president Sahdev Yadav told The Tribune. “Mirabai will fly to Tokyo straight from St Louis.”

Coach Vijay Sharma has explained that Mirabai’s right shoulder is taking a lot of load during the snatch routine because of pain in her left shoulder. “Once we get there (with Dr Horschig) I am sure this problem will be sorted,” he had said.

Chanu to be vaccinated in US

The IWLF has disclosed that Mirabai Chanu would be vaccinated in the US before she flies to Tokyo for the Olympic Games. “It has all been planned. She will get the Pfizer vaccine before she heads for Tokyo,” Yadav said. “She will reach two weeks before her competition. I think SAI has hired a place outside the Games Village for us to train before we move into the Games Village,” he added.