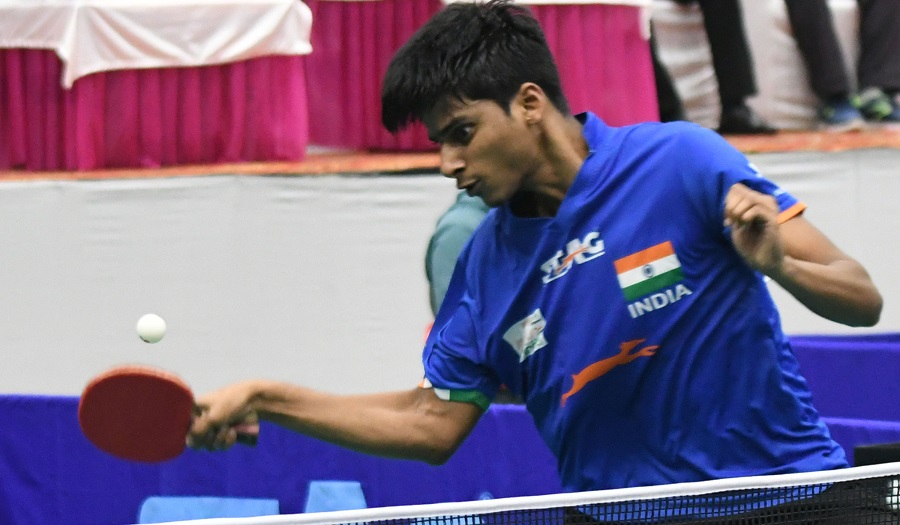 SFR Snehit could not have asked for a better platform than the Table Tennis Nationals to showcase his growing confidence as he humbled the third and the sixth seed paddlers on his way to the semifinals here on Monday.

The result was the outcome of his fitness, speed and power that he could add to his game. Besides, he had been seeing a psychologist to increase his mental strength. All of these, Snehit admitted after the match, have benefitted him.

One could see that during the quarterfinals. Down 0-1, he was looking for a turning point after managing to deuce. The umpire reversed a wrong call to award the point to Snehit that put him 11-10 up, and from there the Telangana paddler never looked back.

Troubled with Sushmit's rare combination of rubbers – one side anti and the other pimple – Snehit began in a measured way before slowing down the game to shift gears.

Sushmit, who loves the ball coming to him, was not prepared as Snehit used the flanks and hit in the centre to unsettle his rival. But not once did he relent from attacking and using the backhand blocks with equal felicity.

With a comfortable 3-1 lead, it was just a matter of time before he closed out the match. And it happened sooner than later as Sushimit committed several net errors and almost conceded the fifth game without making any real effort.

In other quarterfinal matches, top-seeded Sharath toyed with Anthony Amalraj to win 4-1, while second seed G Sathiyan dropped a game against Sanil Shetty for a similar result. Manav Thakkar also registered a 4-1 win against Ronit Bhanja.