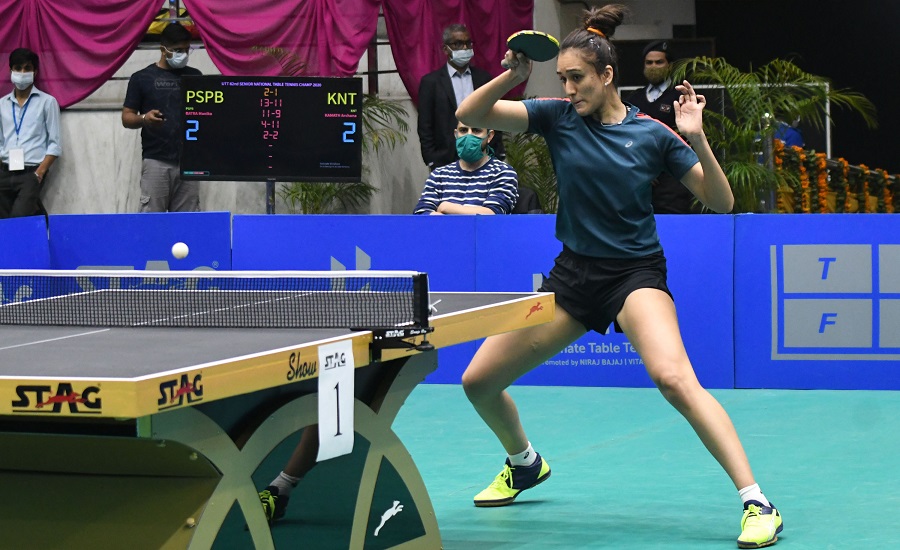 The Commonwealth Games gold medalist prevailed 4-3 in the quarterfinals which saw the rapid fluctuation of fortunes.

The top-seed had to dig deep to save her skin and she did it admirably after slipping from a 2-0 advantage. Archana fought back really well to level and go up 3-2, but changing gears, Manika showed her intent with an 11-8 win in the sixth game and then running away with the decider.

Archana made far too many errors in the sixth game which allowed Manika to breathe easy. At 10-6 Manika knew she had stitched it nicely to disentangle herself from all negative thoughts. And, in the decider, she didn’t have to do much as Archana’s errors kept growing and Manika pulled the shutters down on the Karnataka girl.

Manika will now take on Sreeja Akula, who beat Prapti Sen 4-3 in another quarterfinal match.

Sreeja gained upper hand after being 0-2 down and stamped her authority with two fine games to draw level. She then dropped one before regaining her mojo to seal a place in the last-four.

Takeme Sarkar of the Railways started off well before letting seasoned Pooja Sahasrabudhe gain a 2-1 advantage. But the Railways girl stroked her way to the semifinals when she took the next three games to seal Pooja’s fate.

Reeth, who accounted for second-seed Sutirtha Mukheree in the pre-quarterfinals, had a few hiccups in the quarters but she was quick to make amends and seal a 4-2 win against Kaushani Nath.

Earlier in the pre-quarterfinals, defending champion and second-seeded Sutirtha Mukherjee flattered to deceive and went down 3-4 to PSPB’s Reeth Rishya.

Third seed Ayhika lost to Pooja Sahasrabudhe in the round of 32, while experienced Madhurika Patkar succumbed to Poymantee Baisya. Former national champion Ankita Das was shown the door by seventh-seeded Kaushani Nath.