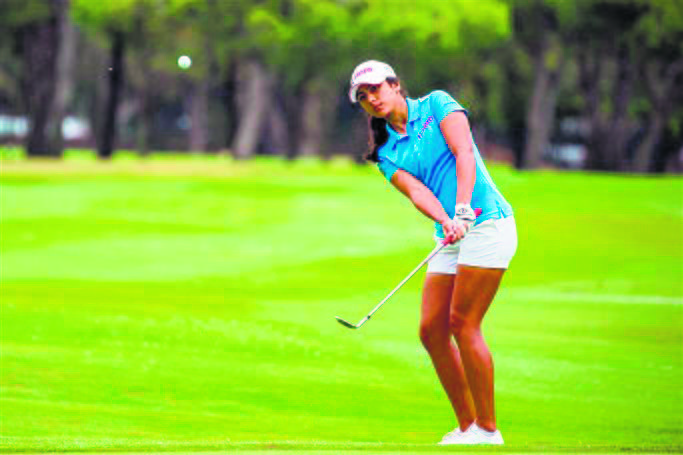 Tvesa Malik shot a 2-under in the final round for total of 8-under. File

The 24-year-old, whose previous best was tied-sixth at the Women’s Indian Open in 2019, shot a 2-under 70 in the final round. Tvesa totalled 8-under. This is her first year on the Access Tour, the second rung circuit of the Ladies European Tour. Diksha Dagar shot a 77 in the final round to finish tied-47th.

Finland’s Sanna Nuutinen claimed her third career Access Tour win in a thrilling sudden-death playoff against overnight leader Stina Resen, after the pair were tied at 12-under.

Johnson leads by one

Atlanta: Dustin Johnson struggled off the tee but birdied his last hole to card a second round even-par 70 and cling to a one-stroke lead at 13-under halfway through the season-ending Tour Championship here yesterday.

As top seed in the season-long points standings, Johnson started the tournament 10-under with a two-shot lead thanks to the staggered scoring system and was the overnight co-leader with Jon Rahm.

But the hard-hitting Johnson has too often found himself in East Lake’s thick rough the past two days as his usual accuracy from the tee box has been missing. “I need to drive it a little better over the weekend if I want to win this golf tournament,” Johnson said.

The leaderboard below Johnson was rearranged yesterday as South Korea’s Sungjae Im climbed into second place behind seven birdies and a bogey for a round of 6-under 64 to sit at 12-under for the tournament.

Xander Schauffele was also impressive, firing a second round 65 to sit 11-under.

Former FedExCup champion Justin Thomas was fourth at 10-under, while PGA Championship winner Collin Morikawa and England’s Tyrrell Hatton were tied for fifth at 9-under.

The winner from this week’s elite 30-player field will be crowned FedExCup champion and take home $15 million. — Agencies