Former Under-16 100-metre national champion Prince Chaudhary has won his appeal against a four-year suspension. Chaudhary, who was suspended by the Anti-Doping Disciplinary Panel in July 2020, appealed against the ruling and his suspension was reduced to two years by the Anti-Doping Appeal Panel.

Chaudhary had won the 100m title at the National Inter District Junior Athletics Meet in Tirupati. However, his sample from the event was found to have anabolic steroids Metenlone and Stanozolol. He was provisionally suspended before getting a four-year suspension in July 2020.

Chaudhary, in his appeal through counsel Parth Goswami, admitted that he took a “powder-like material and injections under the advice of senior athletes”. He further pleaded that being from an economically backward family, he had no exposure to anti-doping measures.

The appeal panel reduced the suspension period and ruled “that the ADRV was not intentional and the sanction must be one in accordance with Article 10.2.2 i.e. for two years”.

“The appellant is sanctioned for two years ineligibility in accordance with Article 10.2.2 which shall start from the date of sample collection i.e. 24.11.2019,” reads the order.

The ruling means that Chaudhary can start competing after his suspension ends on November 24.

“Young athletes must be given the benefit of doubt as they get influenced easily by coaches, senior athletes and others,” Goswami said. 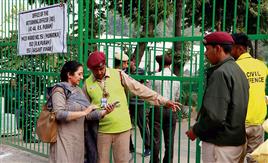