The Indian team will now take on Thailand. India has twice (2014, New Delhi and 2016, Kunshan) reached the semifinals of the tournament. 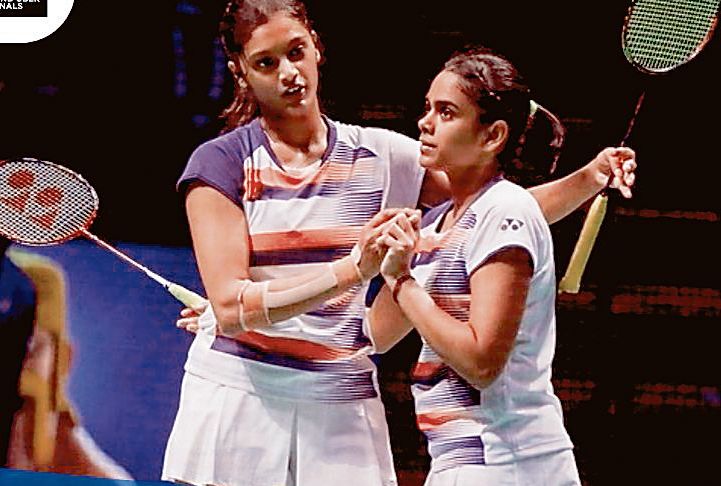 Tanisha Crasto and Rutuparna Panda registered a 21-11 21-8 victory over Julie Macpherson and Ciara Torrance in the women’s doubles to put India 2-1 up.

Indian women team progressed to the quarterfinals of the Uber Cup with a convincing 4-1 victory over Scotland as shuttlers Aditi Bhatt and Tasnim Mir registered confident singles wins here today.

India are now sitting second in Group B with two wins from as many matches.

They had beaten Spain 3-2 on Sunday when top player Saina Nehwal was forced to retire from her match due to a groin issue. Taking the court first, Malvika Bansod lost to Kirsty Gilmour 13-21 9-21 before Aditi got the better of Rachel Sugden 21-14 21-8 to level the scores.

The doubles pair of Tanisha Crasto and Rutaparna Panda then beat Julie Machperson and Ciara Torrance 21-11 21-8 to hand India a 2-1 lead.

In the reverse doubles, the young pair of Treesa Jolly and Gayatri Gopichand, daughter of national coach Pullela Gopichand, fought hard before getting the better of Gilmour and Eleanor O’Donnell 21-8 19-21 21-10 in an exciting clash that lasted for 55 minutes.

The Indian team will now take on Thailand on Wednesday. India has twice (2014, New Delhi and 2016, Kunshan) reached the semifinals of the tournament. — PTI